Taylor Swift Lied About Buying Home Next To Conor Kennedy’s? 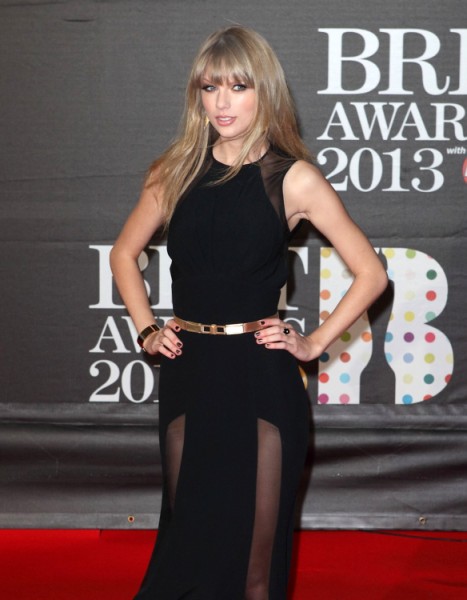 The Taylor Swift Vanity Fair interview keeps making the rounds and, as usual, Taylor and/or her special sources were very open about everything going on in her rainbows and ice cream dream of a life. Well, not quite. Turns out they were very open about the things they want us to know and more guarded about the things that make her look like a psycho ex-girlfriend. So she’s not doing anything particularly new or exciting with this piece after all. She’s just protecting her image and maybe even lying to do it. I don’t know why I expect more from a young pop star but I just do. Shame on me!

OK, let’s start with the Conor Kennedy situation. Remember all those rumors back in the summer of Taylor buying the compound next to his? Well, she said they were shit but she must have never heard of paperwork. It turns out Taylor’s management company did buy the property but recently sold it. Why keep it if they broke up? True, Taylor was never seen at that house but paper trails never lie! I don’t understand why she just won’t come up and say she bought it as a good investment opportunity. It was! Yes, it’s weird but it’s better than lying and getting caught. Silly girl.

Other than that little fib, the item most people are talking about today is the Taylor/Tina Fey/Amy Poehler feud. They dissed her at the Golden Globes and she apparently hasn’t let it drop yet. I’m not sure if this was taken out of context but when asked about how she felt about getting ripped on by the funny ladies she replied: “You know, Katie Couric is one of my favorite people, because she said to me she had heard a quote that she loved, that said, ‘There’s a special place in hell for women who don’t help other women.’” That has to be taken out of context, right? It just seems odd that she’d say it that way. HOWEVER, as a woman I’m annoyed that, according to Taylor Swift and Katie Couric, I can’t call out other woman. If you’re a dumb ass then you’re a dumb ass regardless of gender. It should be equal opportunity. Hey, I’m first in line at the equal pay/right to choose/women on the front lines rallies but your vagina doesn’t help you out a jam if you talk shit. Case closed. Sit down on that one Taylor Swift.

Surprisingly both Tina and Amy have responded to Taylor’s nonsense. Tina basically told her to have a coke and a smile but I particularly love Amy’s response. She said: “I am a feminist, and she is a young and talented girl. That being said, I do agree I am going to hell. But for other reasons. Mostly boring tax stuff.” Brilliant.

Why do you think Taylor Swift lied about the Conor Kennedy compound? Is the Vanity Fair piece making you look at her in a different way?