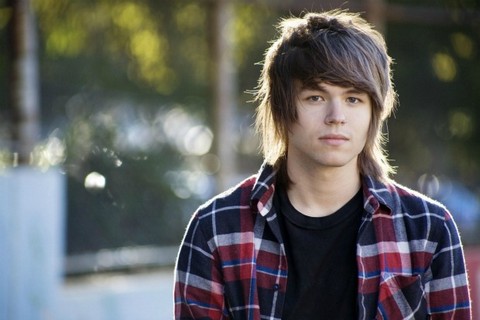 Taylor Swift is just as quick to make friends as she is enemies, and her recent breakup from One Direction singer Harry Styles is making her both! Many criticized the singer, noting her obsessive (yet lightening quick) relationships and tendency to overdramatize and twist facts until she comes out as the victim. But we know she has one new man in her corner—and life—Jordan Witzigreuter, better known as The Ready Set.

After the break up, Jordan was at Taylor’s cyberspace side, and wrote a song for her! Check out the video below. He explained his motives on YouTube: “Every time a celebrity couple breaks up, we all expect them to get torn apart by tabloids, news sites, and everything in between. Of course that can be entertaining for a while, and nobody expects these relationships to last, but I figured I’d go about presenting my thoughts on the notorious Swift/Styles split in a gentlemanly fashion. You see, I am a gentleman my self- a classic type of fellow.”

The video sports catchy lyrics: “whatever, it’s for the better, hey hey, whatever, it’s for the better,” set to the chorus of Swift’s number one single ‘We Are Never Ever Getting Back Together.’ Jordan supports Taylor, singing, “I bet you see the tabloids around throwing your face all over the town, they say you’ll probably write him a song five times platinum, I doubt if they’re wrong.” It’s a nice thought, but in her new commercial for Keds, Taylor comes off as totally over Harry!

I’m pretty sure that Taylor’s fans are always paying her tribute—they make tumblrs, tweet inspiring messages and pictures, and send gifts to her record label. They cover her songs on YouTube. So, of all the fans, why did Taylor choose to tweet to Jordan? “:) :) :)” is what Taylor sent to him—and it wasn’t a reply tweet. She isn’t following his account, and seems to have found the video all by herself. It may be a stretch, but, as with all men Taylor interacts with, we have to wonder: is there anything going on? We’d say yes with confidence, but he’s a month older than her. Will she ditch her cougar ways for love?