Harry Styles and Taylor Swift Back Together Again – DETAILS REVEALED! 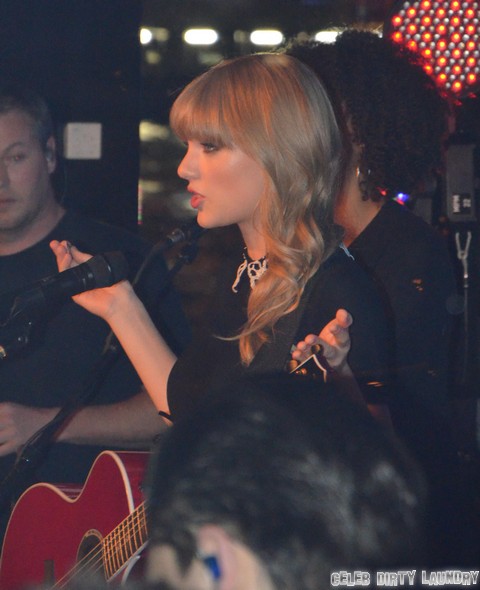 It’s no secret anymore that Harry Styles and Taylor Swift have gotten back together after their three-week break-up. Harry had supposedly been flirting with other girls while Taylor was getting very insecure and started having trust issues, forcing her to end the relationship earlier this month. But Styles’ recent visit to Japan with his One Direction boys had him realize how much he misses her and wants to try and make things work again.

Now magazine‘s sources say that Harry and Swift on speaking terms two weeks ago, despite other reports claiming Taylor didn’t want anything to do with him. The source says that the two would have long conversations about possibly getting back together before Harry would suddenly bust out into a love song, trying to be charming and get Taylor to take him back.

After he saw the country singer in her purple dress – showing off a little cleavage – at the Golden Globes red carpet event, Harry was totally blown away and knew he couldn’t let something so good-looking get away: “He’s been frantically trying to prove to her that he’s serious ever since he saw photos of her at the Golden Globes in that dress. He was speechless and vowed to win her back,” the source explained.

The two spent a lot of time together at the NRJ awards in France last week which made it clear that they were not only on speaking terms, but probably decided to give their romance another shot. Harry, who turns 19 on the 1st of February, is a very lucky man considering that in a recent interview Swift did, she said she doesn’t believe in second chances; once a relationship is over then there’s no reason for the person to go back and try and make things work.

She recently shared the following: “I think once a relationship is done it’s done, you can’t do that back and forth thing it’s the most exhausting process. I think you have to have somebody that’s dependable, that isn’t going to change their mind every five seconds.” Hmm. To us, she’s really starting to become a bad example to her younger fans — she’s making it seem like it’s okay to sleep with every guy in Hollywood, then state something that she doesn’t even stand by! Ugh.

Taylor Swift performs at a small, private concert on a Yachts de Paris barge on January 28, 2013 in Paris, France. It would seem Taylor is free to play even more smaller shows now, thanks to the long term deal she just signed with Diet Coke!