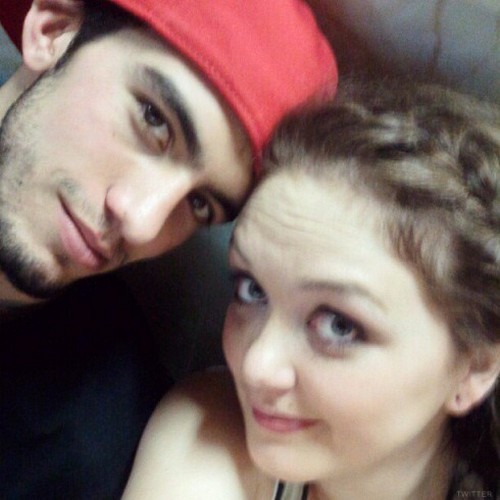 It hasn’t even hit the airwaves yet but already there is drama brewing within the cast of Teen Mom 3. Katie Yeager is mom to now 22-month old Molli and her relationship with baby daddy, Joey Maes ended in utter disaster. She readily admits that they weren’t exactly right for each other. In fact Katie and Joey brought out the worst in each other according to friends [Radar Online], but that didn’t stop the young mom from trying to make things work with Joey.

The couple originally separated not long after having Molli but took steps towards each other again several months later. After Katie caught Joey in a lie he decided to put his big boy pants on and tell her the truth- that he was seeing someone else. Joey took the high school girl route and wrote Katie a note telling her the truth. At the time she was crushed to learn that he was hooking up with her former friend but she has since gotten over it.

We’ll have to tune in to see how this couple actually interacts onscreen when the show debuts later this summer. In the meantime, do you think MTV watched the dysfunction at a distance and that lit a fire under them to bring this cast (formerly of 16 & Pregnant) together again? Is it time to pull the plug on the Teen Mom series? MTV set out to set an example of how difficult teenage motherhood is but instead have been handed viewers some of the most dysfunctional situations to ever be caught on camera. These girls are typically train wrecks and that’s why people watch. Will Katie land in the infamous Teen Mom bad girl club? Tell us your thoughts in the comments below!