‘Teen Mom’ Jenelle Evans: That wasn’t my Heroin or Percocet! 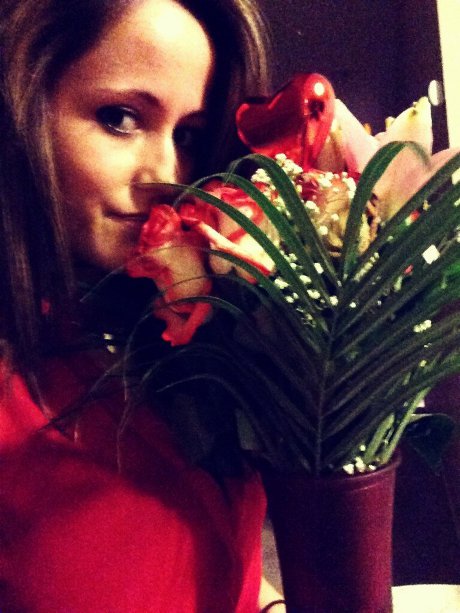 Jenelle Evans continues to believe that the world is conspiring against her. The former Teen Mom star was arrested this Tuesday and she swears — she swears it, I tell you! — that the heroin and 12 bundles of Percocet in her possession weren’t hers. A source close to Jenelle supports Jenelle’s claims, telling TMZ that the drugs weren’t Jenelle’s and nobody knows why or how they were in her residence at the time of the arrest.

Jenelle’s lawyer is also sticking beside the drama queen. He says that the drugs weren’t hers and they’re going to fight this charge and beat it into a pulp. No doubt she’ll get out of it, just like she gets out of all her little tizzies.

Cops arrived at her home on Tuesday after catching wind of an alleged assault between Jenelle and her husband, Courtland Rogers. Both of them were arrested, and Jenelle supposedly attacked Courtland with a piece of furniture. Not sure which kind, but we hope it was a very large sofa or dining room table.

What do you think about these never-ending occurrences of legal trouble for Jenelle and Courtland? I think these two, both at fault and confused, really need to pull themselves together. Based off of Jenelle’s history with drugs, I find it hard to believe that the drugs weren’t hers — and because they were in her house, well, that’s not exactly helping her case. Let us know what you think in the comments section below. Were the drugs Jenelle’s?