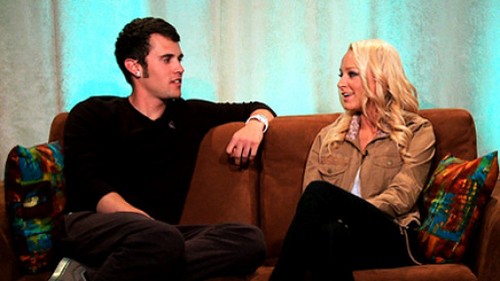 Teen Mom is as scandalous as reality television gets these days, not counting the Real Housewives nonsense. MTV had a special called Being Maci, that focused on Teen Mom star Maci Bookout and her relationship with her ex, Ryan Edwards. At first, it definitely looked like the duo were going to get back together, especially based on the scenes from Being Maci.

While Maci claims that their reunion was only for the camera and they didn’t do anything once the cameras went away, others are not agreeing. One of Ryan’s ex-girlfriends [who he conveniently cheated on to get together with Maci] said, “Ryan told me that he had sex with Maci. After that they continued to hook up for two months.”

Although Maci has been linked to other men since then, mainly a man named Taylor McKinney, everyone thinks that she and Ryan will end up together. Considering that Ryan is the father of Maci’s son and they have an extensive history together, it makes sense when friends say, “After all this time, I think they should just go for it. If I would want to see Ryan with anyone, it would be Maci. She has a good head on her shoulders. If Ryan and Maci got back together, I think it would work out.”

While divorce and separation has grown more and more common these days, it’s still rare to see children being raised when their parents are barely out of their teens. In this scenario, if Ryan and Maci could give the illusion of being together and providing for their child together, I think they should take that opportunity. Coming from a broken home that also consists of your parents being so young will be hard enough on the poor child, not to mention the whole reality television aspect. So I hope Maci and Ryan are genuine, and are not doing this whole reunion farce as just something to gain attention.