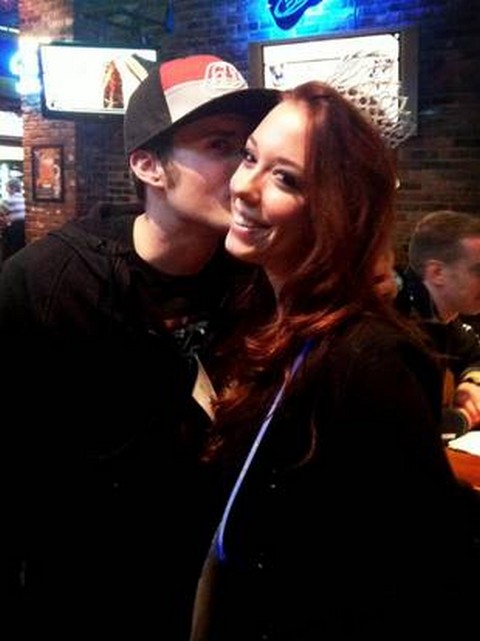 If you watch Teen Mom, you know that Maci Bookout wants nothing more than to raise her son in a stable environment with positive influences. Maci is, by far, the most on-track of all the MTV moms; she’s in school, employed, speaks to high school students about birth control, and doesn’t get into any crazy scandals. We were surprised to hear that she and baby daddy Ryan Edwards were testing the waters again—especially since he’s been such a consistent jerk the past few seasons!

Maci originally called it quits when she realized Ryan would never give up his partying lifestyle to be a good dad. On the show, he’s frequently antagonistic, picking fights about pre schools and whether or not her then longtime boyfriend Kyle King should be allowed to live with her—while they were unmarried, gasp!

Fortunately, a new source confirmed to Wetpaint that the two aren’t together, because Ryan has found a new lady love! Why anyone would want to date him after seeing his atrocious behavior on the show is beyond me—I guess they just like the celebrity status! That’s what Carlie Ralston likes about him, anyways! The two met in early January, and Carlie asked for a photo with the Teen Dad. She tweeted, “Got kisses by a celebrity. That was fun.” The next day, Ryan tweeted, “The red head tonight,” followed by “OMG.” He confirmed that something was going on between them to his friend, to whom he tweeted, “Did you find out my wife’s name yet?”

An insider gave a status update: “They’re not boyfriend and girlfriend just yet. But they’ve hung out and hooked up at least 10 to 12 times in the past few weeks.” While I’m sure the celebrity thrill is novel, Carlie needs to watch her back! Ryan has proven himself a snake time and time again—he may genuinely love his son, but he turns into a manipulative, unyielding, passive aggressive, immature jerk when things don’t go his way! I’m shocked that anyone would give him the time of day—but I guess he could have some redeeming qualities that MTV doesn’t show. Do you think Ryan is as awful as the program suggests, or do they play up drama for ratings? Can he make this relationship last?