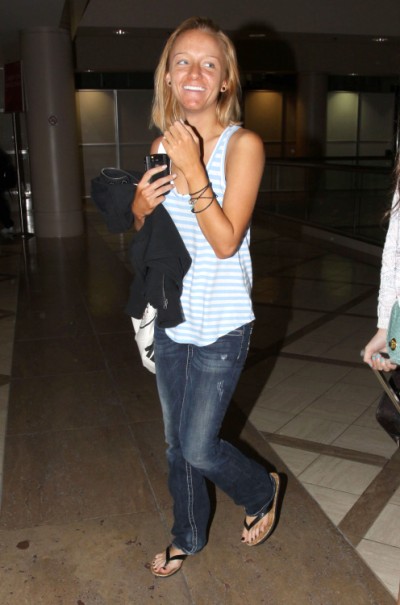 Show of hands. Who wants Teen Mom back? I’m not going to try to be cooler than I am. I totally watched and I totally loved it. I miss me some Amber and Gary and Maci and whoever her flavor of the month was. Teen Mom 2 just isn’t cutting it although as my little sister says it’s the kind of show you can watch and feel so much better about yourself and your decisions afterwards. But still, that’s not enough sometimes.

But for all you Maci Bookout/Ryan Edwards fans, there’s still a little bit of excitement going on. Ryan Edwards proposed to Maci Bookout on twitter. And she replied, “ur s— got hacked BRO! outta ur mind haha.” Well… they’ve had a bumpy few years.

I have no clue if he was serious. I doubt it. It’s Ryan and he’s been a douche of epic proportions in the past. That’s why I have no idea why I want those two to get back together so much. He’s kinda a loser. But you can tell she’s always wanted him back, right? It always felt like she was just stringing Kyle King along for the ride because she didn’t want to be alone while she waited for Ryan to get his shit together. Well, now Kyle’s gone along with Ryan’s girlfriend, Dallas, and the two can finally be together again! Why am I treating Teen Mom like a Disney fairy tale?!

Because it’s the happy ending! And Ryan’s been tolerable lately. There have been all these pics of the two hanging out together with friends and now they’re whispering sweet nothings on twitter. Oh, in case you wanted to know, Ryan replied to Maci’s reply with, “idk wat that means. It means that I want to get on one knee and tell you how much I love you.”

That doesn’t sound like the old Ryan even if he was drunk or just joking. But, true to my contrary nature, I can’t fall for this hook, line and sinker. There has to be a catch. There’s always a catch! Word on the street after Teen Mom retired was that Maci was getting her own show. It was going to follow her around as she and Ryan dealt with being parents together as she finished college and figured out what she wanted to do with her life. I had my popcorn and my couch ready. So it this just a little publicity to keep the whole will they or won’t they thing going? I’ve love to believe Maci wouldn’t play me like that but she is a reality star looking to keep her 15 minutes going strong and I am just a tad pathetic. Ahh! What to believe. I’m as confused as Maci!

Are you excited about this? Should Maci and Ryan get back together or has too much gone down?