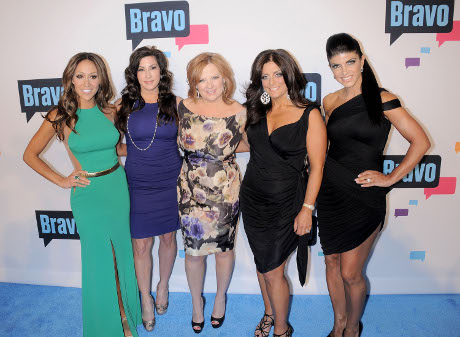 If you tuned into the reunion of The Real Housewive’s of New Jersey last fall then you saw Jacqueline Laurita embarrass the hell out of Teresa Giudice by reminding her of the time that she walked in on her husband while he had the babysitter bent over his desk. At the time Teresa completely shot down the allegation and insisted that she had never told Jacqueline any such thing. I’m sure that somewhere in Tre’s mind she was sure that the mess Jacqueline had mentioned was in the past and could stay there.

That’s the funny thing. When someone like Joe Giudice gets away with disrespecting his wife, he turns around and does it all over again. The woman Tre supposedly caught him with in 2010 was Nicole Cemelli, a woman in her early twenties that was hired to help run the family and take care of the kids. As Teresa pimped out her cook books and other projects Joe was at home banging the baby sitter. I guess Teresa thought that firing Nicole would put an end to the infidelity, but guess what? Nope!

According to the June 17th print edition of Life & Style magazine Joe was photographed having several drinks with Nicole in NYC back in April. When Teresa saw the pictures that emerged from the outing she recognized Nicole immediately and was crushed that Joe was still meeting up with the chick that she had believed she had gotten rid of!

Teresa comes from a super religious family that generally doesn’t believe in divorce so up until now she has been in denial of what a lying cheat Joe really is. Even after she first caught him, somewhere in her head she believed that if she got rid of the girl then he would be faithful. It has become a lot harder for Teresa to deny things now and those close to her say that she is finally inching towards divorcing Joe. Do you think she’ll ever pull the plug on her marriage? Tell us your thoughts in the comments below!