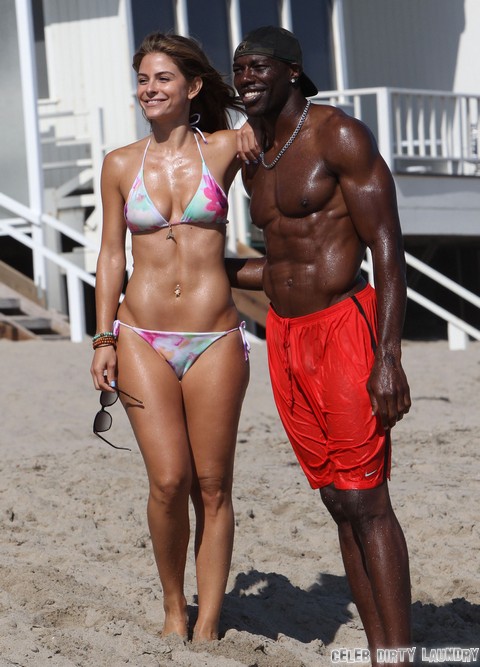 Dr. Phil didn’t cure Terrell Owens after all of his deep rooted issues that have caused his life to spiral out of control. Months after the former NFL star appeared on the talk show where he was confronted by the mother of children for being a deadbeat father and cried for himself, another woman is calling flag on play.

According to TMZ, a Los Angles woman had to call the cops because T.O. wouldn’t stop banging on her door. He didn’t take the hint for three hours that she either wasn’t home or wanted nothing to do with him. The LAPD showed up around 4:30 a.m. on Friday morning and told him to pound the field. He wasn’t arrested and left when asked by the police officials.

T.O. and his reps have not offered any public statement as to why he refused to leave this woman’s home. It wasn’t as if he were a disgruntled ex looking to collect back child support and this was the only way to get someone’s attention. Courtrooms and national television show appearances suffice for that as he would know from personal experience.

Regardless of T.O.’s reasons for failing to heed this woman’s request for him to leave her property, his failure to comply is just another example of his entitlement. Mr. Owens is not hard of hearing because he immediately acquiesced to the demands of the officers who were presumably men and held roles of authority. So, it stands to reason that T.O. just got PO’d. In his mind, he’s still T.O. and women do as they’re told; she should’ve let him in even if he was being an ass.

If the woman owes you money, dial up one of the lawyers you have on standby and have the situation handled. If you needed a place to crash for the night, even a football star who blew through a fortune can afford a Motel 6. All of these things come with a cost, but an ego maniac being put in check is priceless.

But thanks again for helping the Philadelphia Eagles advance to Super Bowl XXXIX in 2005. Those good memories cushion your fall from grace, an era in which you were the King of the world and treated everyone like crap. How’s that working for ya?