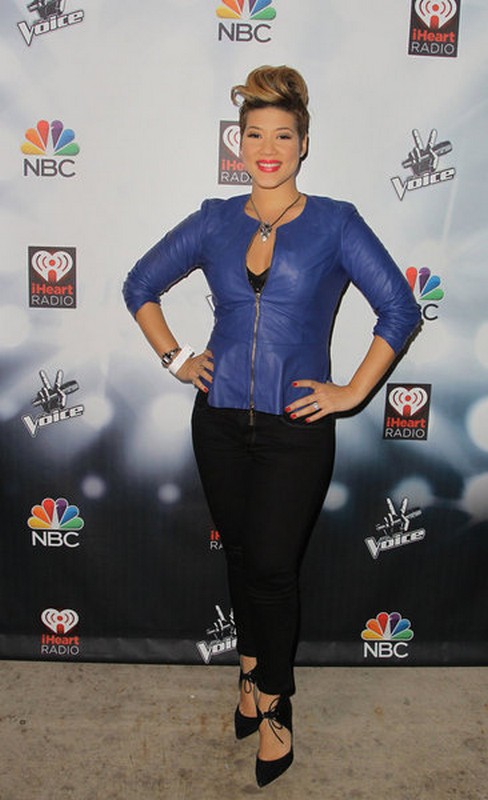 Tessanne Chin took the stage tonight on THE VOICE for her Top 12 video performance.  Tessanne sang “My Kind of Love” by Emeli Sande.  Tonight’s show the remaining artists from each coach, Christina Aguilera, Adam Levine, CeeLo Green and Blake Shelton team performed live for America’s vote and the chance to move on to the Top 10.

Judges Comments: Adam says that he feels like she always sings so emotional and flawless; his mind is blown every time. She sets the bar so high for herself; knowing she can always be amazing and that she does have the voice. Christina says that it was really cool and felt that her voice is so rich that she believes she could do almost anything.

Tessanne Chin who is on Team Adam Levine’s team talked about her biggest musical inspirations, check it out [CLICK HERE]  If you want to keep Tessanne Chin don’t forget to vote for her.