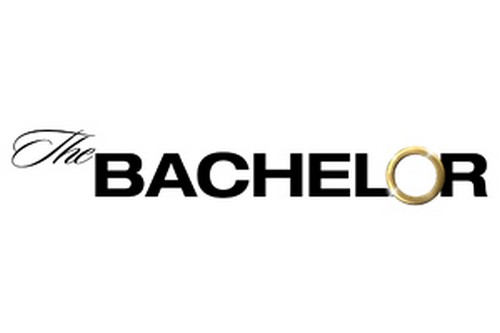 Tonight on ABC take a “Journey” to laughter as THE BACHELOR’S FUNNIEST MOMENTS are revealed in a one-hour special.  Celeb Dirty Laundry will be covering all the laughs and the drama, so don’t forget to join us for our recap.

We will be treated to the  humorous incidents, embarrassing gaffes and unforgettable scenes from the combined 25 seasons of “The Bachelor” and “The Bachelorette,” including memorable first impressions, startling confessions and many tearful rejections.  Believe me it will be a wild trip down memory lane.

Here are just some of the outrageous blunders that have become fan favorites over the years: Our Love Hungry Casts’ Most Embarrassing Moments Revisited; Some People Really Know How to Leave Lasting Impressions Upon Arrival;  Crash and Burn – A Parade of Romance-Killing Faux Pas; Bloopers; Best Exits; Strangest Hometowns and Best Songs.

If that is not enough we will get a sneak peek of the upcoming new season of “The Bachelorette” with Desiree Hartsock, premiering Monday, May 27, 2013. To find out more about Desiree, go HERE.  To get a look at all of the new Bachelorette Desiree Hartsock‘s lucky men this season, head over HERE to meet them!

So Don’t forget to come back and join us tonight between 8PM – 9PM EST for our live coverage of, “The Bachelor’s Funniest Moments!”  While you wait for our recap, hit the comments and let us know if you will be tuning into the Bachelorette this season?

RECAP: Normally we are at the mansion talking and meeting everyone, but tonight it is all about the laughs. Every season begins with the limo rides, we first see a girl do a black flip, another arrive on a horse and a set of twins. Then there is the guy with the mask, girls with fake teeth, lots of kisses, a wedding dress, a slap for Brad across the face.

In many ways The Bachelor is one big party and when the drinks start to flow, we get see guys moon each other, a girl drink a glass of wine with her foot. In one episode the guys drink a lot of booze and Jack pees on his bed.

Lorenzo is trying to wake Kim and she is clearly out of it and everyone is laughing at her, she tells the camera man she has no underwear on and falls to the ground.

Ashley does her booty dance and ends up falling on her butt. Then there is the skinny dipping and lots of it.

Now it is people who sing for the wrong reasons. Brad and Ashley are terrible. Stephanie is horrible, Kasey as well. Kasey sings again, this time to get a rose and says it’s just his heart – terrible.

The cameras are always running 24/7 so if there is something embarrassing it is caught on tape. Jillian & Tanner have a chat and he tells her that he wants to make a connection with her feet, he wants to suck on her toes. Ben & Jamie, Jamie tells him there are things she wants to do to him when she goes to bed and it turns out it is sitting on his lap and making out with him, Ben is not impressed, she tries to coax him by telling him to open his mouth and he can’t keep a straight face. Allie told Travis that she wants to go to the next stage, the reproductive stage.

Sometimes on the Bachelor there are the dates from hell. Travis & Kirsten are in Paris cruising down the river and Kirsten starts to cut up the orange and makes slits in it, she makes false teeth and completely ruins the moment. Jason & Shannon, she was obsessed with him and during their date she blew her nose repeatedly and hands him her dirty napkin. Emily & Ryan, he wrote down twelve things he would like to find in his wife – he reads them out and Emily is clearly not impressed with any of them and doesn’t give him a rose. Blake & Erica, she wants to bond and have sex, but he wants nothing to do with it.

Some people have had a hard time saying goodbye, we see lots of tears and some have near breakdowns, men and women.

Ali & Justin, Ali confronts Justin about having a girlfriend in Canada. He completely ignores Ali and just leaves.

Now to the hometown dates and Kirk’s dad takes Ali in to the basement to see his taxidermy work. Naomi’s mom hit a dove and brought it out of the fridge so everyone could bury it in the backyard while Jason is there for his date. At Shawntel’s hometown she brings Brad into the prep room of her family’s morgue.

There were some hometown pranks, Sean told Emily that he still lived at home with his parents and he brought her up to his room that is a complete mess and full of stuffed animals, it is all a joke. Desiree’s hometown date with Sean and there is a knock at the door and it is her ex-boyfriend and he starts to get confrontational with Sean, but it is all a joke.

Amanda’s hometown date had her mother making moves on her date, but it is all a prank they were not even her real parents.

There are a lot of bare assets and both men and women are included.

Unintentional comedy happens a lot on the show, now we get a sneak peek into the next season of The Bachelorette with Desiree. She describes it as something that she will never forget. There are two guys that actually get into a fight over her, one guy has a girlfriend back home and Desiree confronts him and calls him a lying deceitful pig. Desiree is heart broken and doesn’t know if she can get over the other guys keeping this from her. Desiree does gain a lot of clarity from what she goes through and manages to go on with the other guys to find her true love.