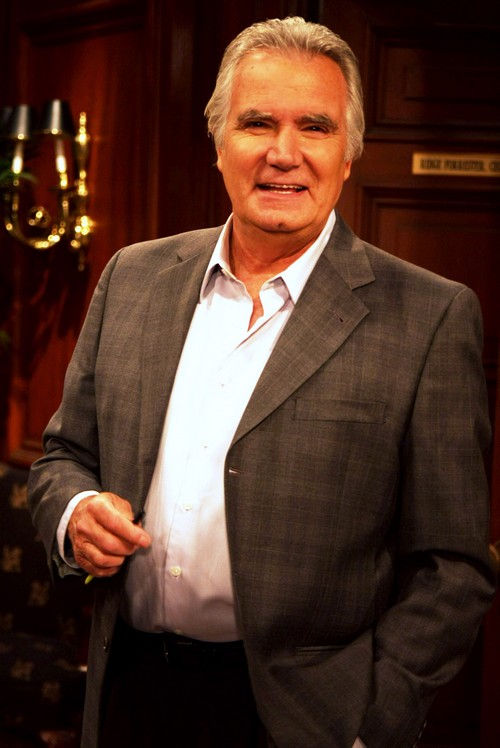 The powers-that-be of The Bold and the Beautiful shocked long time fans by announcing that the pivotal role of Ridge Forrester would be recast just 6 months after its creator left the show. Ronn Moss played Ridge for 25 years before leaving the show earlier this year and it was presumed that Ridge would never be seen again. John McCook, who portrays Eric Forrester, B&B patriarch was just as stunned to hear that his onscreen son would be revived by a different actor. In an interview in the Jan. 6th print edition of Soap Opera Digest, McCook says that he was feeling the void left by Moss but assumed that they would create a fabulous new character to fill the space.

Instead they brought in a well-respected soap vet, Thorsten Kaye and the two clicked pretty immediately. McCook is the unofficial welcome wagon for B&B, super nice and always funny. He’s the guy that goes out of his way to make the newbies comfortable and he was told that Kaye was similar. By the end of their first real chat McCook was on the phone with Kaye’s wife (former OLTL star Susan Haskell) cracking jokes and praising his new co-star.

McCook says that 2013 has been very good to him and the storylines on B&B have allowed him to work more than he has in years. The death of his onscreen wife Stephanie (played by Susan Flannery) spun the character in a direction that allowed fans to watch him grieve and then begin to find his way out the other side. Now he’s looking forward reviving the father/son relationship and seeing how it changes with Kaye in the role.

Do you think it was wise for B&B to recast the character of Ridge? Will McCook’s endorsement make you a little more open to the onscreen change? Tell us your thoughts in the comments below!