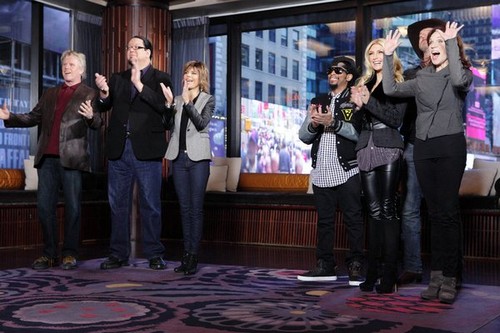 Tonight my favorite show THE CELEBRITY APPRENTICE returns with a whole new episode called, “Are You My Zulu Dancing Man?” On this week’s show Bret Mchaels returns as a Boardroom Advisor to judge his former competition. Did you watch last week’s episode? We did and we recapped it here for you.

On last week’s show the All-Stars must once again work to promote popular Australian Gold products, this time by creating a silent film. One project manager was cast aside when a power-usurping teammate took over the task. Meanwhile, the other project manager risked everything by going against the advice of a teammate.  In the Boardroom Donald didn’t like the fact that Stephen said Gary did an “amazing” job when it came down to him and Gary when Stephen tried to take back the compliment. Donald fired Stephen because he thought he should have put the product together better since he was the director.

On tonight’s show when tasked with creating an interactive travel expo for South Africa Tourism, the All-Stars find a former competitor now on the other side of the boardroom table. Down in numbers, one team tries to get the task done with a lame teammate, while the other team’s project manager drops the reigns and their concept gets out of control. Boardroom Advisors: Bret Michaels and George Ross.

The show airs tonight at 9PM and you do not want to miss all the drama, cat fights and bitching. You also do not want to miss seeing who is fired.   So don’t forget to come back to this spot for our live recap of the Celebrity Apprentice All-Stars Episode 8.  While you wait for our recap let us know how you are enjoying this season of The Apprentice.