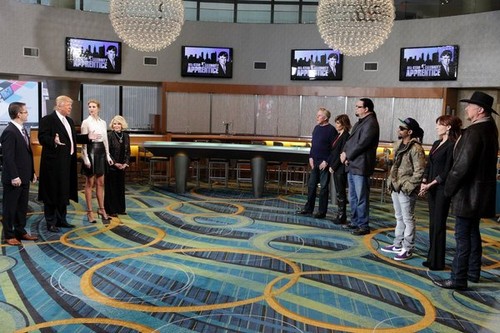 Tonight my favorite show THE CELEBRITY APPRENTICE returns with a whole new episode called, “Ahab’s in Charge, And He’s Gone Mad.” On this week’s show the All-Stars go high-tech to create a demonstrational video for LG.  Joan Rivers guest stars tonight.  Did you watch last week’s episode? We did and we recapped it here for you.

On last week’s show when tasked with creating an interactive travel expo for South Africa Tourism, the All-Stars found a former competitor now on the other side of the boardroom table. Down in numbers, one team tried to get the task done with a lame teammate, while the other team’s project manager dropped the reigns and their concept got out of control. Boardroom Advisors were: Bret Michaels and George Ross.

On tonight’s show with just six All-Stars remaining, the teams are asked to write, produce and direct a demonstrational video to highlight LG’s Smart Home and Home Entertainment systems. One Project Manager’s runaway concept leaves the team with little choice but to follow their leader, while the other team gets too caught up in small details. Boardroom Advisors: Joan Rivers and Ivanka Trump.

The show airs tonight at 9PM and you do not want to miss all the drama, cat fights and bitching. You also do not want to miss seeing who is fired. So don’t forget to come back to this spot for our live recap of the Celebrity Apprentice All-Stars Episode 9. While you wait for our recap let us know how you are enjoying this season of The Apprentice.