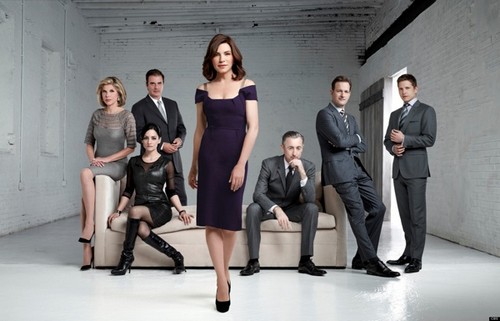 The Good Wife returned tonight to CBS and another great episode with one of the best Drama’s on television today.  I cannot wait till next week’s episode, we have a sneak peek video and some insight for you below on what is going on next week below.

On tonight’s show Alicia tried to hold a website accountable when its users accuse her client, a college professor, of being linked to domestic terrorism. Meanwhile, Will went against Diane’s wishes when he hired Damian Boyle, an unpredictable attorney with ties to organized crime, who immediately interjected himself into Alicia’s website case. Also, Eli and Jackie clashed over a Florrick family secret.  If you missed the episode we have a full and detailed recap, right here for you.

Spoiler alert: If you’re one of those people who doesn’t like spoilers, stop reading now! We have some juicy spoilers for you about the season 3 episode 10 of CBS’s “The Decision Tree.”

On next week’s show Diane is going to ask Kalinda to look into Damian’s background. Also, Eli and Marilyn will be concerned about Peter being seen with Alicia’s more disreputable clients at the Florrick/Agos holiday party.

Guest stars will include: Jordana Spiro as Detective Jenna Villette, John Noble as Matthew Ashbaugh, Alicia’s former client, Stockard Channing as Veronica Loy, Alicia’s mother, Nathan Lane as Clarke Hayden, and Democratic Political Strategist Donna Brazile as herself. The episode was written by Robert King and Michelle King, and it was directed by Rosemary Rodriguez.

The Good Wife Season 5, Episode 10 “The Decision Tree” airs on CBS on December 1st, 2013. Check out the preview videos and photos from episode 10 below and let us know in the comments below what you think!