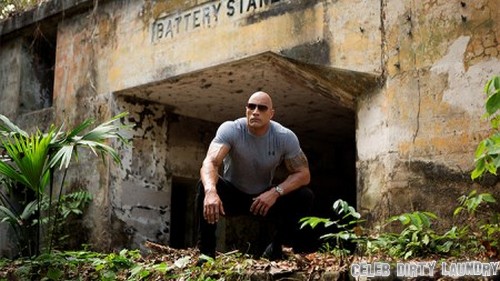 Dwayne “The Rock” Johnson and TNT have teamed up to bring reality junkies another good dose with The Hero. Last week was the second episode in this new series called “Teamwork” and the contestants actually had to push an all-terrain vehicle and fly helicopters. Shaun was offered a temptation of $35,000.00 and he took it. Darnell offered himself up for The Hero challenge but since Shaun took the money, Darnell’s time was shortened and he failed. Did you watch the episode? If you missed any of it you can read our full and detailed recap HERE.

The show has been doing well in ratings and I’m not surprised, The Rock carries 17 wrestling champions and dominates the WWE – now he is going to dominate reality TV. Tonight is going to be yet another exciting episode and I can’t wait to see how everyone reacts to Darnell losing. As well, how will Shaun be treated now since he has clearly shown to the group that he is in it for himself and to hell with the team. His reason for taking the money, he was tired of being stereo-typed as a muscle guy with no brains, duh!

Official Synopsis: With trust issues already growing, contestants are offered temptations as they navigate the Panamanian jungle and handle huge snakes in the Team Challenge. In the Hero Challenge, one contestant must climb atop a towering bridge. Shaun comes to Athena’s side when the house questions her motives. In the War Room, Athena stands tall.

Hit the comments below and let us know what you think of TNT’s new show. Do you think The Rock is doing a great job, or would you rather see him in a wrestling ring? Tonight is going to be crazy, especially the War Room.

We will be live blogging The Hero Season 1 Episode 3 at 9PM EST . . . so make sure to come back to this spot and watch the show with us. Make sure to refresh often so you get the most current info!