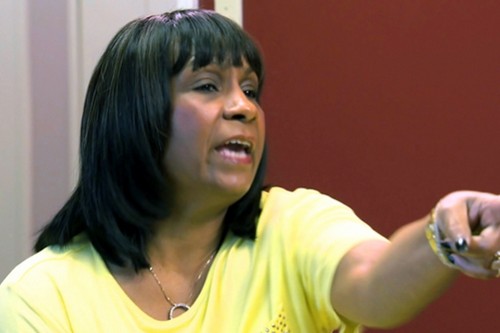 Tonight on Bravo THE REAL HOUSEWIVES OF ATLANTA continues and tonight’s episode is called, “Savann-no.” On tonight’s episode when Kenya decides to give everyone a piece of her mind, the girls’ getaway is in jeopardy of ending before it even begins.  Did you watch last week’s season 6 episode 5? We did and if you want to get caught up before tonight’s episode, you can read our full and detailed recap, right here.

On last week’s episode after a few days away in Alabama, Phaedra returned home still upset with Apollo for refusing to admit his part in inappropriately texting Kenya. Meanwhile, with no man in sight, Kenya heard her biological clock ticking and realized that if she ever wants to have a baby, she’ll have to re-examine her priorities and make some hard decisions about her future. Cynthia and Leon have the inevitable “sex talk” about Noelle and her very first boyfriend. While visiting a new friend, NeNe dug up some juicy dirt on both Phaedra and Kandi’s past intimate affairs.

On tonight’s show the ladies pack and prepare for a trip to Savannah, Cynthia receives an emotional visit from Kandi, Phaedra is caught off guard by a visit from Mama Joyce, and Porsha shops without the help of Kordell’s credit card. When Kenya decides to give everyone a piece of her mind, the girls’ getaway is in jeopardy of ending before it even begins.

Tonight’s episode is going to be another drama packed one, which you won’t want to miss. So be sure to tune in for our live coverage of Bravos’ The Real Housewives of Atlanta Season 6 episode 7 – tonight at 8PM EST! While you wait for our recap, hit the comments and let us know how excited you are about the new episode of RHOA tonight.

The Great and Terrible Road trip is underway. It’s supposed to be a three day trip of fun and relaxation but before the Girls’ Trip, Nene needs to check to see if her men will do fine without her. The best way to do that is to instill a strict curfew for both husband and son.

The situation with her mother has pushed Kandi to the point she’s constantly worried and getting teary-eyed. She doesn’t want to be stuck choosing her fiancée over her mother. Still she can’t get them back on a common page like they used to be. Way back when, Todd and Joyce used to like each other. That was until Wendy Williams converted Joyce against Todd.

Kandi feels the best person to turn to would be Cynthia. Cynthia had a similar problem with her own husband and family however she’ll admit it never got to the point like Kandi’s. It never got that dirty. At the most, her family hid her wedding certificate. While Kandi has a right to worry because her mom will most likely start a fight at the wedding. If Mama Joyce was ready to throw her shoe during a bridal appointment then what will she be capable of when she sees Kandi really is going to marry Todd?

Speak of the devil and she shall appear. Mama Joyce went to see Phaedra. She claimed she wanted some legal advice on Kandi’s future marriage. Right now, the main thing she got out of her talk with Todd is that he doesn’t wish to sign anything (including a pre-nup) at this time. Those were his words but translated through Mama Joyce then suddenly Todd is a money grubber. After Phaedra tried to calm her down; Joyce had few other things to say. Like why did Phaedra introduce Kandi to Todd in the first place?

Joyce is mad and she needs someone to blame. Lucky for her, Phaedra keeps to the rule about respecting her elders. Phaedra never once told the older woman to mind her own business or stop inadvertently bad mouthing her own daughter. She just took whatever Mama Joyce wanted to dish out.

Instead of going to friends, Kandi and her mother sit down to finally talk. Kandi wanted her mom to listen to reason when all she got in return was her mother raging from one emotion to the other. She tried guilt. Asking Kandi why did she choose Carmen over her at the bridal store. Never mind she was the one ready to get in altercation.

Her final card to play was indifference. Joyce says she done. By which she actually means she won’t get involved in Kandi’s relationship anymore. Kandi takes in what she says and doesn’t believe one word of it.

Everybody was in a rush to find things they needed on this road trip. Porsha made an ill-advised shopping trip for ridiculous expensive shoes. It’s not her fault seeing as she is still adjusting to shopping without Kordell’s credit card. While Kenya was wrestling with the idea of bring a weapon. She didn’t know if she wanted to bring a stun gun or real gun. Kenya knows she draws in trouble like a beacon and wanted to be prepared.

For all of their planning, only a few girls arrived on time for the light lunch Nene had prepared before their trip. Nene had invited old friend Monique. She may seem similar because she’s also the wife of the retired athlete that Kandi used to date. And it doesn’t stop there. Monique’s husband might have also hooked up with Phaedra back in high school. Bringing all three women together is purely for Nene’s entertainment.

Everyone should have arrived at 11 am. Kenya and Monique arrived on time but Cynthia came 12. Then Porsha arrived at 12:45. Kandi was next but by this time Nene is frustrated. She ditched her party and had had gone home to calm down. Nene only came back when Phaedra graced them with her presence at 2 o’clock.

Nene is quiet on the bus even though it has yet to leave Atlanta. The person causing trouble is Kenya. She wants to yell at everyone for being late. Well, that attitude doesn’t fly with Kandi. An argument ensues before the bus even moved an inch.