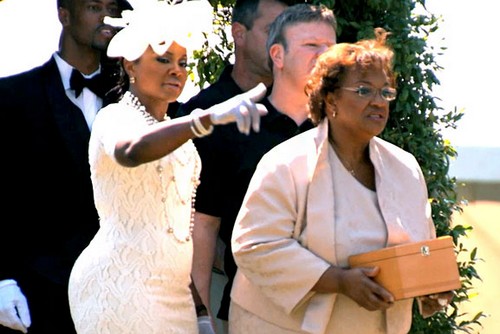 Tonight on Bravo is the season 5, twenty-fourth episode of THE REAL HOUSEWIVES OF ATLANTA and tonight’s episode is called, “Secrets Revealed.”  On tonight’s show Bravo gives viewers an inside peek at never-before-seen footage with the Secrets Revealed special. Did you watch last week’s Part 3 Of The Reunion Show? We did and we recapped it here for you.

On last week’s show during Part 3 of the reunion, the husbands and significant others joined to give their take on the season. Kandi talked about her new life with Todd and their recent engagement, and the men chimed in on Kenya and Walter’s breakup drama.   One Housewife was accused of allegedly “sexting” one of the husbands, yikes!

On tonight’s show following the three-part reunion, Bravo gives viewers an inside peek at never-before-seen footage with the Secrets Revealed special, which will feature Phaedra’s pet funerals, additional footage of the return of Kim Zolciak, and the ladies’ reactions to the reunion.

Tonight’s episode is going to be another drama packed one, which you won’t want to miss. So be sure to tune in for our live coverage of Bravos’ The Real Housewives of Atlanta Season 5 episode 24— tonight at 8PM EST! While you wait for our recap, hit the comments and let us know how excited you are about the new episode of RHOA tonight.

Just when you thought you knew everything, you find out that no there’s still more. Tonight on Secrets Revealed, never before seen footage shows how much drama the audience got miss out on. The ladies are back on the couch. Nene talks about how much her attitude has changed. Cynthia was happy about Nene in LA. That way no one could say she was Nene’s puppet.

Looking over at footage, Porsha had apparently a lot to say about Cyntiha and Nene’s friendship. Cynthia had called her out on it but dismissed the argument in sake of their friendship. Back on the coach, Posha completely denied ever talking about Cynthia. Still the rumor did manage to pick up steam.

Cynthia had told Nene about the rumor. Nene then thinks to handle the situation herself.  Porsha kept firm to her denial. When Nene and Cynthia both dropped it; it was Porsha who then had a problem. She felt that her “friends” were too quick to believe the worse about her. Porsha got mad at Cynthia in the middle of their talk. Mind you this was a while after the original conversation.  She defensively lays into Cynthia for treating their friendship so casually. Before the fight could blow up even further, Phaedra arrived and the argument was sidelined.

Another secret revealed; Kenya, Phaedra, and Kandi all had hanged out before their trip. They had fun and even flirted a little. Kenya is asked about when she was dancing with Peter. Both Cynthia and Kenya agree there was no physical contact between Kenya and Peter.

Kandi and Phaedra had talked about explicit photos. Phaedra, who has always been seen as adventurous, was actually shocked about sending and receiving nude photos. While on the other hand Kandi sends naked pics of herself to her friend all the time. She also receives dick pics from guys she’s not even dating.

As for now, Phaedra can’t embalm anymore due to her pregnancy. She had extended her funeral business into pet deaths. She has a fear of dogs but not if they’re dead. However the the pet funeral business is much swankier than she though. On her first pet funeral there was some complications. Pets kept barking and there was a small hiccup with Phaedra’s mom at the podium but without a program.

On the topics of dogs, Kenya had brought her dog over to Kandi. Only for the dog to crap on Kandi’s floor. A dog she later stuck out her tongue to kiss.

Cynthia had shown Apollo around the model industry. He thought about becoming a model. Cynthia had taken photos for his portfolio. Cynthia late introduced him to Tyson Beckford at one of her talent shows. Tyson tells him to not just stick with modeling but to branch out in acting as well. Phaedra talked about how she and Cynthia had their lawyers to work out a contract for Apollo. Which makes Kenya snap her fan yet again.

The talk moves towards Kim. Everyone feels like she checked out of the show a while ago. Andy shows footage of what happened to Kim’s family. Her daughter gotten beaten up by a friend. In order to comfort her, Kim refers to Nene attacking her. When Nene had saw this she was upset but that’s water under the bridge.

Andy asks Kenya about how she feels with the fact she’s had some of confrontation with all of the women. Kenya simply replies that it was bound to happen in a group of opinionated women.

Andy asks the women about their plan in the works.

Phaedra is having her second baby. She’ll also be graduating in December.

Porsha is starting a clothing line.

Kandi is getting married and no her mom is not moving in with her.

Cynthia is furthering her modeling business