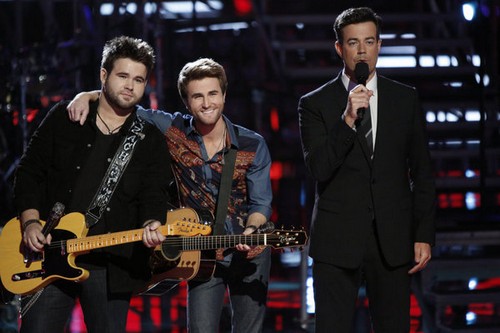 Judges comments: Usher said, “The fact that they personalize it makes it define them.  You guys did that song such justice.  What an incredible rendition, amazing.”  Adam said, “I got lost in.  Everything that Usher said.  That is such as classic record, and you continued the legacy of an old song.  You should be proud.”  Blake said, “That feels like that song could be on radio right now.  You took that song and you reinvented it, good for you guys.  Your harmonies get better every time your perform it.”