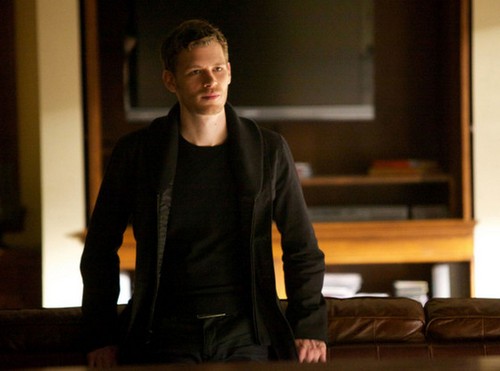 If you watched The Vampires Tonight it was as heart-wrenching and episode as they said it would be.  I could feel Elena’s pain!  The show just keeps getting better each week.  Bad news TVD fans, we are having a hiatus for 3 weeks. From the preview we have seen and we have below for you, the next episode of The Vampire Diaries called “Bring It On,” is going to be intense and, as usual, we will be providing you with the juiciest, bloodiest, previews and teasers out there.

On tonight’s show When Stefan arrived back in Mystic Falls with Elena and Jeremy, Caroline was immediately worried about Elena’s state of mind. Stefan reached out to Dr. Fell and Matt for help. Still on the island, Damon relayed somber news to Rebekah, and was surprised at her reaction.  Together, Damon and Rebekah learned an unexpected bit of recent history from Vaughn. Everyone was horrified when Bonnie revealed the rest of Shane’splan. Finally, after Damon does his best to help her, Elena comes up with a plan of her own, which no one was pleased with.  Did you watch tonight’s episode?  We did and we recapped it here for you!

Spoiler alert: If you’re one of those people who doesn’t like spoilers, stop reading now! We have some juicy spoilers for you about the season 4 episode 16 of CW’s “The Vampires Diary.”

On the next show Stefan is worried about Elena, her humanity is off. “She’s numb to everything that makes her who she is,” he says. Damon decided on tonight’s show that the way to help Elena deal with Jeremy’s death was to remove all her emotions but Stefan thinks that was a bad idea and he is worried about her he thinks the new Elena is numbed to everything that makes her Elena.  Damon of course is not bothered by it and tells Stefan they will, “Show her a Good Time!”  Stefan is not convinced it will work.

It looks like what Damon has created is Elena the ripper and she is out of control.  There are some scenes with a cheer-leading squad and Elena feeding on them.  I am guessing there is a cheer-leading competition and Caroline asks Elena if she is, “eating the competition.”

The preview ends with Elena standing nude in front of both Damon and Stefan.  Elena tells them it is nothing they have not seen before.

Klaus (Joseph Morgan) recently said about tonight’s episode and the next episode, “The episode where it happens [Jeremy’s death] and the episode afterwards, are tremendously emotional episodes, so get your tissues ready.”  Klaus also let slip that there is still something between Klaus and Caroline.  You can read the whole interview here!

The Vampire Diaries Season 4, Episode 16 “Bring It On” airs on the CW on March 14th, 2013. Check out the preview video & some photos from episode 16 and let us know in the comments below what you think!