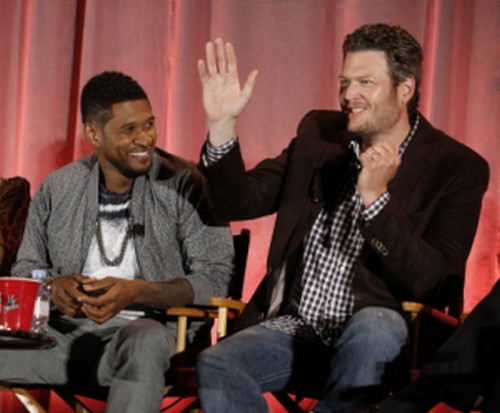 Remember ten years ago when everybody and I do mean everybody, was plugged into American Idol each week? People didn’t just watch, they were invested. Unfortunately that was way back when and as of right now the show pretty much sucks. It is getting killed in the ratings. Even Duck Dynasty beat it last week and The Voice is clearly the show of choice for those American’s still eager to see new talent come to life on their television.

It seems that The Voice isn’t just winning the television ratings war either, but its male judges, Blake Shelton, Usher and Adam Levine are absolutely killing AI’s Keith Urban in concert ticket sales as well! According to StubHub, via Radar, The Voice’s trio is crushing Urban’s sales with a ratio of 6:1. That’s an awful lot of fans going to see the boys that grace their television and give feedback each and every week.

Nicki Minaj said a few weeks ago that she purposely causes drama because if she didn’t no one would be talking about AI at all and that really does seem to be true. Urban rides the fence when it comes time to give his critiques, Mariah Carey is almost too nice, Randy Jackson is just kind of there being himself and Nicki, thank god is a wild card. No one really is anxious to see what they’ll say and there’s just no excitement in that mix and it has to be spilling over into other areas of their lives. If Keith is boring on TV then people will naturally expect a boring concert. It’s almost a bad career move to be affiliated with AI right now.

Is this the end of the road for the show that we all once loved? Tell us your thoughts in the comments below!