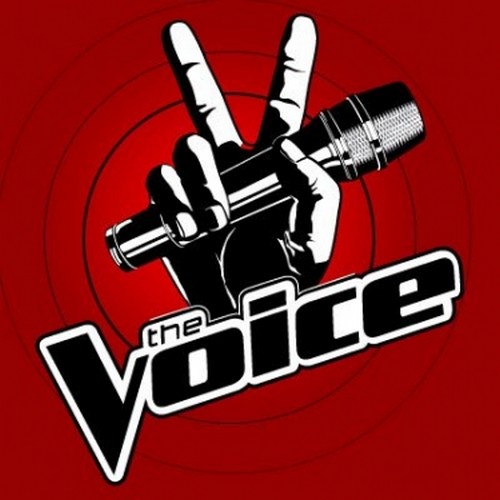 THE VOICE returns to NBC tonight with a whole new episode. Shakira, Blake, Usher and Adam match up their singers. With eliminations looming, the artists go all-out in head-to-head competitions. Did you watch last week’s episodes? We did and we recapped last week’s Battle 1 HERE and Battle 2 Round HERE.

On last week’s show The Battle Rounds finally began.  Out of the coaches original teams of 12, each coach must winnow his or her team down to just six original members – plus two artists stolen from other teams.   It was an intense week of competition.

On tonight the “battle rounds” continue and the coaches enlist the help of the music industry’s top recording artists to offer their knowledge and skill as advisers. Adam Levine teams up with Hillary Scott, Blake Shelton with Sheryl Crow, Shakira with Joel Madden, and Usher with Pharrell Williams. In this phase, the coaches pit two of their own team members against each other in a dueling duet. After the vocal face-off, each coach must choose which artist from their team is the strongest, and has the option of stealing losing artists from an opposing coach. Each coach has two steals during the battle rounds where their artists will proceed to the new knockout rounds.

Tonight’s  The Voice “Season 4  The Battles Part 3”  is going to be an exciting one, which you won’t want to miss. So be sure to tune in for our live coverage of NBC’s The Voice – tonight at 8PM EST!   While you wait for our recap, hit the comments and let us know how excited you are for the new season of The Voice.

RECAP: The first two up tonight are Jessica Childress and Vedo, they are not alike as artists so Usher thinks they are good to put up against each other.  Jessica feels this song is out of her range, which Vito thinks is an advantage to him. Both have been doing their homework and Usher likes it. Vito’s mom recently passed away from stage four cancer, so this is a tough round for him, but he says he needs to focus and remember he is doing this for his mother. The two are singing “Locked Out Of Heaven”.

Shakira loved the interaction between the two and said it was a feel good performance. Adam loved Jessica’s energy and her talent, he also thought Vedo was incredible. Blake feels bad for Usher, this sucks because the two lit up the room. Usher loved both of their passion and has a tough decision. The winner of this battle is Vedo, Jessica’ time on The Voice has come to an end.

Luke Edgeman and Monique Abbadie are the next two to battle against each other. Monique is intimidated to be singing against Luke because she feels that he is a strong singer, the two are singing “You And I”.

Adam thinks Monique is powerful but he feels that Luke won the performance. Blake wants to know where in the hell Luke came from, he also thinks Luke won the battle. Usher feels like there was almost a romance going on between them, he loved Luke’s soul, he was completely blown away. Shakira thought Monique used the perfect amount of tabasco, she is torn but has to pick a winner. Shakira is going to make a strategic decision because she thinks the other judges are going to pick one of her contestants, Shakira chooses Monique. Like is available to steal, there is no thinking, Blake steals him, then Usher. Vedo is also going to be strategic, he picks Blake.

Blake has brought in Cheryl Crow as an adviser, he now has Jacqui Sandell and Savannah Berry who are going to battle against each other, the two will be singing “Little White Church”. Cheryl finds that Savannah’s timing is off and she needs to improve or Jacqui is going to win this.

Adam thought the cutest thing ever happened when Savannah did a victory jump and Jacqui followed, seriously Adam thought it was amazing. Usher loved the energy and the fact that Jacqui did her own thing, he can not decide which was best. Shakira can also not decide who won the battle, but she really liked Savannah. Blake has a tough decision to make, he chooses Savannah.

C Perkins and Chris Johnson are the next battle team and they are singing “It Will Rain”. Shakira wants Chris to really feel like he is losing someone in this song while C is doing so much better showing off his strengths.

Adam thought it was amazing and both are great singers. Blake like two things, the rasp sound that Chris has and the bravado that C has – he thinks that they have not seen everything from either of them though. Usher thinks he could really help both of them. Shakira has the final decision, she also thinks the two were holding back but she has to pick one, she picks Chris. At the very last second Usher steals C because he really thinks that he has more to give.

Midas Whale and Patrick Dodd are up next and they are going to sing “Burning Love”. Patrick is going to have a little trouble on stage because he is one and they are two. In rehearsal Adam does not think there is enough originality in the song and adds more Blue Grass.

Blake thought that was so awesome, Patrick sounded like he gargles with broken glass. Usher thinks Patrick is the voice that the world is missing now, he thinks both are equally talented. Shakira likes Patrick and his voice, she felt that Midas Whale was very comfortable on the stage. Adam has a tough decision to make, he picks Midas Whale.

Usher meets his next battle pair Orlando Dixon and Ryan Innes. One is soulful and one is technical, Usher has picked the song “Ain’t No Sunshine” for them to sing. Orlando breaks down at practice, Usher tells him the only way he is going to get if he gives the best that he can be. At the next practice, Usher sees a definite improvement in Orlando.

Shakira thought it was amazing, she love both artists and can not pick one. Adam thinks the two are exceptional talents but Orlando won this one. Blake thinks Ryan is a mans man and for him Ryan won this round. Usher has to make a decision real soon, who is it going to be, the winner of this battle is Ryan. Adam steals Ryan, way to go – that is awesome. Adam says that Ryan is an exceptional talent and he could not let him go home tonight.