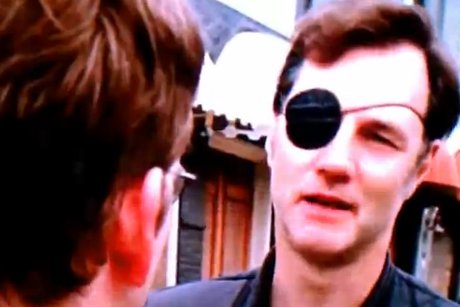 We’ve just stumbled across a preview and spoiler for The Walking Dead season 3. The show will return on February 10th, and fans of the show, to put it lightly, simply can’t wait for the season’s comeback. People love themselves some zombies, so I figured we should give this wunnerful little sneak peek to you — in attempts to curve that urge to spontaneously turn into a grumpy, slowmoving, moaning member of the undead. What do you think?

The season 3 spoiler is horrible quality. And by horrible quality, well, I mean atrocious. The video, which has been making its rounds across the web, looks like someone took a video of the preview on their TV. So, it’s a bit sketchy, but it still does the job in giving you a taste of what you might be able to expect on the upcoming episodes.

I know many of you are dying, wondering whether or not Andrea will rejoin the group, curious about Daryl’s fate, and interested in learning more about the newest addition to the cast, Tyreese. The preview offers up some new scenes, and is a bit different from other promos previously released. While the sound isn’t good, you can definitely get a good glimpse of what might be on the horizon.

There appear to be a few scenes in Woodbury, Maggie getting fiesty with an assault rifle, and a handful of others that might put a bit of excitement in your bones. If you listen closely you can hear Rick say, “We are going to win.” Are you? Are you going to win, Rick?

While nothing’s for certain, it’s more than likely that the Governor is going to wage war on the prison. The promo doesn’t feature any killer-hungry zombies, which is total lamesauce, but I have a feeling the zombies will play an interesting role in the battle between The Governor and the people taking refuge at the prison.