BY Nicholas Sanford on April 2, 2013 | Comments: one comment
Related : Spoiler, The Walking Dead 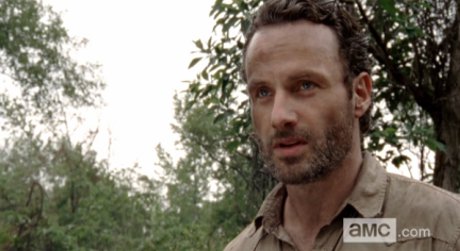 The Walking Dead is getting a lot of people excited, and if you happened to miss the last episode, don’t worry. We’ve got you covered. Click here for a full recap of the last episode to find out what you missed! The finale rocked a lot of people’s socks off, but it also left nearly everyone hungry for more zombified action. What do we have to look forward to in season 4? Who knows, but we do have some tiny spoilers for you below that (hopefully) will tide over that insatiable appetite of yours. As always, if spoilers make you nauseous then you’d better consider this article “read.”

As we know from the finale, the Governor ends up driving away; however, we don’t know exactly where it is he’s gone to. It was recently announced that David Morrissey will be reprising his role for the show’s fourth season. This of course means that this baddie will be back for more playtime and eager to stir up some more drama, drama, drama!

It’s not totally clear as to the extent of the Governor’s role in the upcoming season, but he will definitely be an antagonizing force for Rick’s gang to reckon with. Some people are saying that the war is far from over. Round 1, however, goes to Rick and his crew. High five, sir. High five.

As reported by Hollywood Hiccups: Now that the two groups have joined together (Woodbury & Rick’s gang) they have to learn to live together, so that should add new dynamics to the show.  Also Carl has changed at the end of Season 3 — he killed a boy because he said he had too.  Rick is worried about him.  How will Carl change?  Will he become the governor or will he become Rick?

Wow, season 4 is going to be a good one. It’s a shame we’re going to have to wait so long for it’s return. What are your thoughts on how season 3 panned out? Check out the vid below for more teasers and spoilers. If You Want More Hot Celeb Dirty Laundry News Then Please Like Us On Facebook and Follow Us On Twitter!