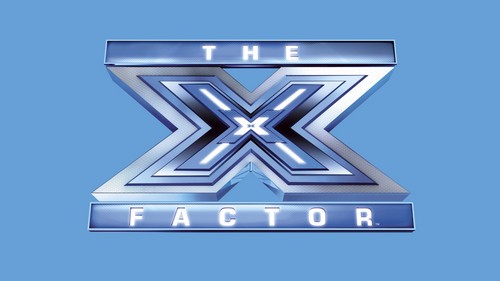 Tonight THE X FACTOR USA returns to FOX with a whole new episode. On tonight’s show the the top 40 who were revealed last week will compete. Did you watch week where the top 40 were revealed?  We did and we have a full and detailed recap right here, for you.

On last week’s show before the Top 40 contestants on were revealed there were a few more auditions. Then the contestants gathered waiting to hear who was going to bootcamp, but surprise, not bootcamp this season.  The judges immediately cut the playing field down to forty. Here’s who made it through in each category, and their assigned mentor:

On tonight’s show THE X FACTOR enters unchartered territory with an all-new ultimate showdown – The Four Chair Challenge.  As the Top 40 acts perform in front of a passionate and vocal audience of thousands, each judge must choose just four acts that they will take with them into the live shows. The tension escalates as the judges make their toughest cuts – and the crowd fights back!

Tonight’s show is going to be an exciting one, which I am not going to miss and neither should you. So be sure to tune in for our live coverage of FOX’s The X Factor USA Season 3 The Four Chair Challenge – tonight at 8PM EST! Celeb Dirty Laundry is your go to place for all the up-to-date The X Factor News!

Tonight is a big night for The X Factor because it’s the four chair challenge. Everyone has to bring their A game and the 4 people sitting in each category at the end of the show make it to the live shows. Kelly Rowland is working with the over 25 group and Victoria Carriger is up first. She is a single mom to 8 kids and won everyone over last week. Demi Lovato loves the rasp in her voice and also loves her passion. Paulina Rubio thinks she is fantastic and Simon Cowell isn’t a fan. Kelly points out that Victoria silenced the room with her voice. Kelly tells her that she’s ready for the competition and she gets to take a seat.

Kristine Mirelle is up next with a different twist on Britney Spear’s Oops I Did It Again. Demi thought it was way too pitchy and Paulina agrees. Simon thinks the vocal wasn’t perfect but he sees potential in her. Kelly isn’t sure whether or not to give the seat to Kristine but she opts to put her in one of the seats.

Jeff Gutt won hearts over by bringing his son along for this ride and putting being a single dad first. His performance of Amazing Grace is just amazing and I’;; be shocked if he doesn’t get a seat. Paulina thinks his inner power is captivating and Demi thinks his talent is endless. Simon thinks it is the best performance of the night. Kelly thinks that keeping Jeff in the competition ups the caliber of competition. Rachel Potter is a Nashville girl that decided to march out Beyonce’s Irreplacable and demolished it. Demi tells her it was rough and Simon thinks the decision is difficult. Kelly is shocked by her performance but puts her in a seat anyway as the audience boos.

Lorie Moore is a retired football player with a huge R&B voice that is ready to attack her dreams. Demi felt the passion behind the performance and Paulina isn’t sure where she would fit in. Simon thinks Lorie can make her own path. Kelly loves her voice but isn’t sure if she can do it but tells her to take a seat. It means that Kelly has to send someone already seated home. Kristine gets the boot.

Thank god Jeff Brinkman is up next. Dude gave a great first audition and he should get a seat. Demi thinks he choose the wrong song and Simon thinks the song was ridiculous but his voice is still amazing. Kelly keeps Jeff in and sends Victoria home.

Denny Smith is otherwise known as Santa Claus and at 68 is the oldest person in the competition. He got the crowd going and already seems to be a star. Paulina believes in Santa and Simon says he rocked the house. Kelly sent him home and the whole audience booed like crazy.

James Kenny strolls out and does a killer version of Lean On Me. He clearly just stole a seat. Demi says he killed it and Paulina can’t believe how solid he was. Simon loved it and James earned his respect. James replaces Jeff Brinkman as the crowd gasps.