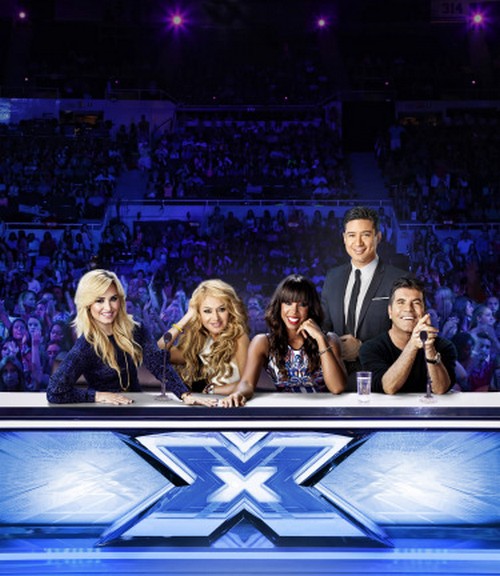 Tonight THE X FACTOR USA returns to FOX with a whole new episode. On tonight’s show the four-chair challenge continues with round # 2. Did you watch night’s episode?  We did and we have a full and detailed recap right here, for you.

On last night’s show we were back to the Shrine Auditorium in Los Angeles where the Top 40 X FACTOR hopefuls were battling to earn a spot and move on to the live shows. But this year, it’s a game of musical chairs, in the Four Chair Challenge! The ten remaining contestants in each category had to bring all they have to the stage as they faced the judges and only four chairs that are their ticket. Ten performances. Four chairs. And math is more daunting than ever!  How it works is each contestant sang, and their mentor judges decided who got a seat and who went home. A great performance got them a chair but, their mentors could change their minds and replace them if someone else in their group trumped their performance. No one is safe until the end.

On tonight’s show the four-chair challenge continues with round #2.  From last night we know four chairs are filled, but six singers remain.   Tonight we will see if seats are stolen, dreams are dashed and who will be Demi’s final four.

Tonight’s show is going to be an exciting one, which I am not going to miss and neither should you. So be sure to tune in for our live coverage of FOX’s The X Factor USA Season 3 The Four Chair Challenge Round #2– tonight at 8PM EST! Celeb Dirty Laundry is your go to place for all the up-to-date The X Factor News!

Last night on The X Factor we watched Kelly choose her 4 over 25’s that will compete in the live shows and now we get to see Demi Lovato choose her final four ladies.

Simone Torres is the fifth girl competing for one of the seats that Demi will choose. Last night Demi put each of her first 4 girls in a chair but she can switch them out if someone is better. Simone’s voice is so deep that it’s almost hard to hear what she’s saying. Simon thought the arrangement of the song was awful and all of the other judges agree. Kelly says she sang the hell out of it and Demi decides to keep her. Bree Randall gets booted from her chair to make room for Simone.

Danielle Geimer is up next and she blew everyone away in the auditions. Tonight she sings Georgia On My Mind and is absolutely phenomenal. Kelly tells her she sang her face off. Simon loves how humble she is and hopes she never changes. Demi tells her she’s already a star, Danielle is in Demi’s final four and Simone Torres is out.

Rylie Brown’s audition was fabulous but this performance was weaker. Simon says it feels like the whole thing was picked out by her mother and Demi sends her home because she’s not vocally ready. Primrose Martin is the daughter of Skip Martin from Kool & the Gang. She has been onstage forever and she wants to prove herself. She danced a lot and seemed to lose her breath halfway through. The whole panel is disappointed and Simon tells her she was dreadful. Primrose interrupts them repeatedly and Demi tells her she is so cocky that it’s a turn off. Of course she is leaving.

Rion Paige is an adorable 13 year old with a huge voice. There is no way this girl is leaving the competition. It’s just a matter of who she will replace. Kelly loves her voice and Simon thinks they are just scratching the surface of her talent. Demi tells her that she has such a mature voice and she loves her. Rion’s hands turn inward yet her upbeat personality trumps any issues she may have. Demi is keeping her and sending Ashly home.

Ellona Santiago is the last girl competing for a spot and she starts off pretty rocky start but totally redeemed herself. Kelly calls her a beast and Paulina says she was amazing. Simon thinks it was one of the best vocals in the category and Demi agrees but says she can’t imagine switching anyone out. After MUCH debating Demi keeps her in but has to switch someone out of her seat. Jamie is going home and Ellona takes her seat.

Tune in next week to see what four groups and guys will make it into the live shows!