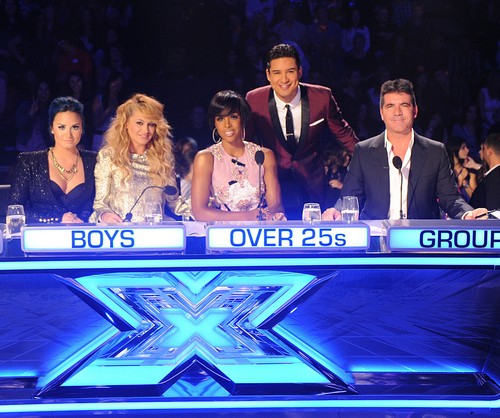 Tonight THE X FACTOR USA returns to FOX with a whole new episode called, “Top 13 Perform Again.”  On tonight’s show the Top 13 will perform their “save me” songs due to a technical glitch. Did you watch the last episode where we met the finalists? We did and we have a full and detailed recap right here, for you.

On the last night’s episode the Top 12 Finalists performed Motown songs for the judges and America’s votes when the voting lines open immediately after the show.  We also learned that it was not going to be just the Top 12 because the judges decided to bring back Josh Levi, so we had the Top 13.  If you missed any of the performances, we have all the videos right here for your enjoyment.

On tonight’s show as a result of a graphics error (incorrect voting numbers were displayed on screen) during the performance recap at the end of tonight’s East Coast broadcast of THE X FACTOR, the Top 13 acts will perform their “Save Me” songs for America’s re-vote, in a live, one-hour performance show.  Voting for THE X FACTOR begins immediately after tonight’s performance show.

Tonight’s show is going to be an exciting one, which I am not going to miss and neither should you. So be sure to tune in for our live coverage of FOX’s The X Factor USA Season 3 The Top 13 perform again – tonight at 8PM EST! Celeb Dirty Laundry is your go to place for all the up-to-date The X Factor News!

Tonight was supposed to be the results but something went wrong with the voting and we are going to see all the contestants perform brand new song tonight; we get to now vote again while seeing the results next week instead.

First up is Josh Levi, Simon says that he did a winning performance; he is so impressed with his vocals. Paulina says she is so proud of him and showed why he belongs on that stage.

Up next is Rachel Potter, Simon asks if she has a twin sister but believes that tonight she sang much better than she did last night and is incredible impressed. Kelly says she is proud of her and that people need to vote for her.

Next up is Carlos Guevara; Paulina says she feels this performance is the most amazing.

Coming up next is Restless Road, Simon asks if something went wrong with the track and felt that it was a bit shaky in the first half; but overall they did great.

We now take a look at all the girls get their hair and make-up done for a photo shoot; helping them fully transform and too look like a star when they get their pictures taken. Most of the girls are so amazed by how they look; Cover Girl feels they helped the girls with their insecurities.

Next up is Ellona Santiago, Demi says that she honestly can’t be more proud of her right now; she feels like that she can work the stage alone perfectly. Simon says it is her best performance so far.

Next is Jeff Gutt, Kelly said he rocked out the song really hard. Simon said the performance was a little bit corny but good; Demi agrees with Simon.

Coming up next is Alex and Sierra, Simon says that he loved the song choice and loved their chemistry; Simon believes that they will now on be choosing all of their own songs.

Next is Khaya Cohen, Demi says that America would be stupid not to vote for her tonight because she is so amazing.

Next up is Carlito Olivero, Paulina says that she knew tonight is a challenge for him and that he is sick so he nailed it; Simon was also wondering.

Up next is Lillie McCloud, Kelly says that’s what she is supposed to do; she just completely killed that song.

Next is Sweet Suspense, Simon says that it was a very difficult song to sing and that they must have felt very pressured; he wishes they weren’t in this position.

Next up is Rion Page, the judges give her a standing ovation. Demi believes that she was just incredible, Simon tells her to choose her own songs now on because she is amazing.

Last up for the night is Tim Olstad, Simon says he can’t do whoo in the middle of a song but Paulina says that he really impressed him with this performance.