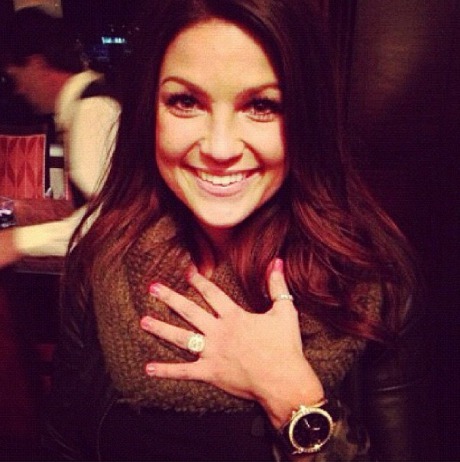 The craziest girl on The Bachelor this season was, hands down, Tierra LiCausi. In case you’re having trouble picturing this spitfire in your mind, perhaps the word eyebrow will trigger your memory. Tierra, the girl who claimed “she can’t control her eyebrow” during a fight she had with a fellow contestant on the most recent episode, was sent packing by Sean Lowe. He’d had enough of her drama and the tension she was starting among the girls. (Anderson Cooper has also had enough of the drama; he thinks the show is too fake and damaging to our society!)

Tierra was distraught when Sean told her maybe it was time she left the show, but it appears that her time of mourning was significantly short-lived. She’s already set to be married to an entirely different man! While we should recognize that there’s been a significant lag time between the taping and airing of the episode depicting her farewell, she obviously isn’t carrying a completely shattered heart with her. She’s able to move on.

Wetpaint first broke the news, their exclusive source being Tierra’s brother, Tyler LiCausi. He was a very good brother and didn’t reveal too much about his sister’s man’s identity, but he did fill everyone in on the situation.

“Yes, she’s really engaged. We’re all really happy about it. I’m not sure he wants his name out there just yet, but I can tell you about him and how everything happened. It’s someone she had been seeing before the show. They’ve known each other three or four years and have been dating most of that time They were even living together in Vegas and Tierra was, at one point, working for his family’s business.”

Her bro says that they had a bad break up, and when that happened she fled to Denver. While there, she couldn’t be contacted.

“When he found out she was filming The Bachelor, he did everything he could to try to get to her. He even called ABC to find out where she was filming so he could fly there. He was literally on his way to St. Croix the day he finally reached her. It turns out, that was the exact same day Sean let her go. When Tierra got to the St. Croix airport, she was given her phone back. She turned it on and the first call she got was him — telling Tierra he was on his way. She told him not to come, that she was on her way home to Denver. So instead of flying to St. Croix from Las Vegas, he flew to Colorado.”

He then proposed in January. Wow, kinda sounds like a mess to me. But at least everything worked out, and it sounds like they’re meant to be together forever! Tierra LiCausi engaged . . . . Thoughts?