Tiger Woods Kicks Lindsey Vonn to Curb After She Explodes on His Kids! 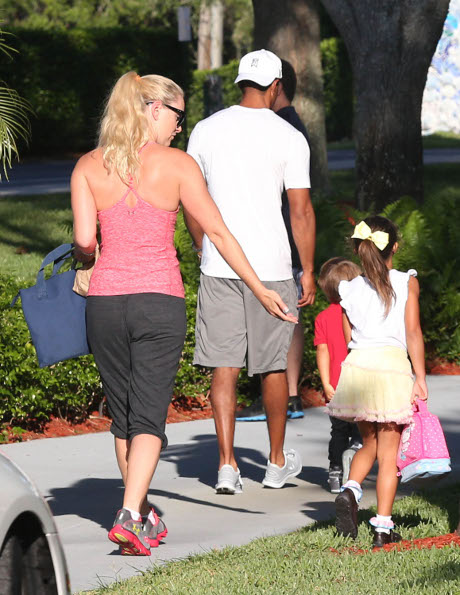 Did anyone really think that Tiger Woods and Lindsey Vonn would last? If you did, then you’re in for a surprise. According to the National Enquirer, Tiger has realized that his relationship with Lindsey isn’t working out and he ‘wants out’. I realize that this story originates from the National Enquirer, but out of everything that they write, I’m most inclined to believe this one. Everyone gets it right every once in a while, right? And with Tiger Woods, anything is possible.

According to the report, Tiger’s two kids were playing around with some of Lindsey’s clothes and jewelry, and Lindsey found them and ‘chastised them’. The report adds that, “right away, Tiger knew this was trouble.” Tiger apparently got really angry and told Lindsay that it was time to leave, with a source adding, “It’s over, and Lindsey knows it. Tiger wants out.”

The report also adds that Tiger’s ex-wife, Elin Nordegren, was already angry that Lindsey even had any interaction with their kids. The Enquirer’s source explains, “Elin said, ‘The kids don’t need to see women come and go in his life. I know him too well – Tiger will get bored and she will be history.”

The source adds that Elin was right, and “Lindsey was never the one for Tiger. She’s miserable, but there’s nothing she can do about it.”

What do you guys think? While I don’t buy that Tiger finding Lindsey ‘chastising’ his kids was the cause of their breakup, I have no problem believing that Tiger’s getting bored and already cheating on her. He’s probably trying to break it to her easy while he’s off screwing all of his other side pieces. Besides, Lindsey’s career has gotten all the leverage it’s going to get out of this relationship. It’s time for her to move on and get away from this sleazeball.