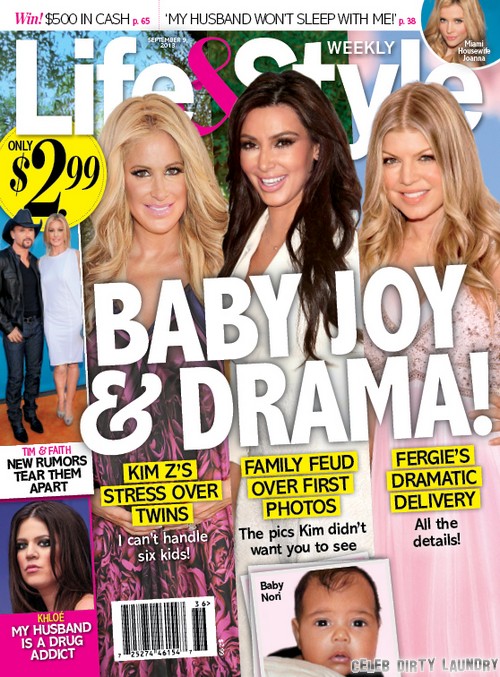 Remember when Faith Hill and Tim McGraw were like the first couple of country music? Once upon a time ago they used to be plastered all over the place and were thought to be one of the happiest celebrity couples ever. Those days seem to be long gone and now according to the Sept. 9th print edition of Life & Style not only are they battling serious problems in their marriage but they are also fighting off the divorce rumors connected to all of the turmoil.

Jealousy seems to have gotten the better of Faith and she has really tightened the reigns on Tim. First she insisted that he get sober and now she wants him to sell his Nashville ranch. Trust is said to be a huge issue between the two of them and Faith isn’t fond of Tim’s relationship with Taylor Swift. He has insisted that he is simply friends with the 23 year old but Faith believes there has been some sort of fling and it has turned their once stable union completely upside down.

Also in the latest issue of Life & Style you can get the latest dirt on Kim Kardashian’s first weeks as a new mom. It seems that she is now fighting with Kanye West over photos of baby Nori. Rumor has it Kim didn’t totally approve of the first photo that her baby daddy decided to share with the world. Nori looked like a normal baby and apparently Kim didn’t like that.

Kim Zolciak from The Real Housewives of Atlanta recently announced that she’s expecting twins. That’ll make four kids under the age of 3. How is she going to handle it? Your guess is as good as mine and from this snippet she doesn’t seem to have a clue either!

Do you think that Tim and Faith are headed for a split? Tell us your thoughts in the comments below!