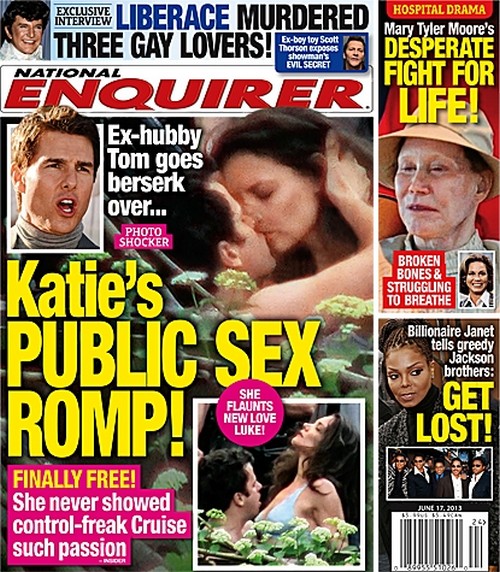 Katie Holmes and her reported new boyfriend and Mania Days co-star Luke Kirby are featured on the cover of the latest issue of the National Enquirer.

Now that Katie has been freed from Tom’s special sort of crazy, she is free to take on any movie role that she wants. Also, she is certainly free to straddle whoever she wants — wherever she wants. And so is the case with her new beau. But — Tom apparently has a bit of a problem with that! Who knew that he was still holding out a candle for the actress?

We kind of figured that he was still pining for her, considering her abrupt decision to get as far away from him as possible. But it’s being reported that Tom is actually furious over her passion for her new co-star. In fact, she has never shown him that kind of loving.

Will he get mad and go jump on a couch over it?!? Seriously.