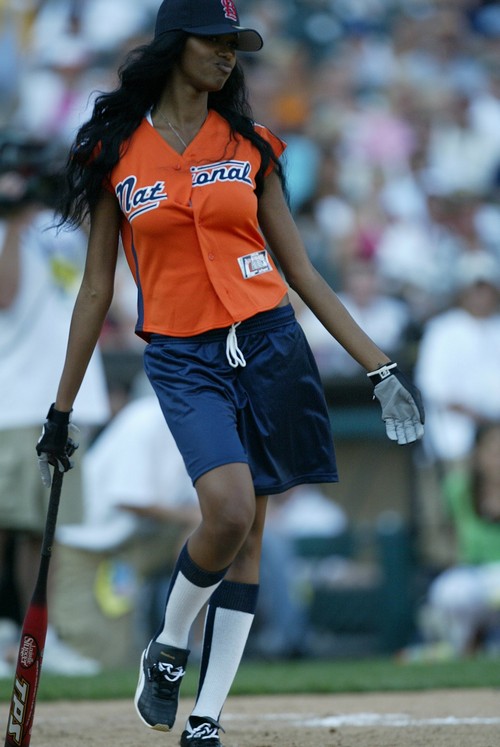 Apparently, Tom was drawn to the fact that Jessica has visited the Scientology center in June, and he offered to become her ‘private Scientology tutor’. Wait a minute, doesn’t that go against Scientology creed? How will they make money if a prospective addition doesn’t pay to get ‘audited’?

Anyway, a ‘source’ explains, “When they first met up, there were immediate fireworks. Tom is pulling out all the stops to sweep Jessica off her feet. He’s pouring on the charm and offering to introduce Jessica to producers and help her get an acting career off the ground. He’s totally smitten! [Cruise’s] purposefully remained single for a while because he wanted to wait for the perfect girl… He believes Jessica could be that woman.”

Well, she’ll have to first pass the countless sessions with Scientology officials and probably sign several pages of confidentiality agreements before they’ll let her go out with their prized Tommy boy. For those of you who haven’t read Vanity Fair’s article about how Tom’s partners are usually ‘auditioned’, go read it. It’s a fantastic and in-depth piece on how Scientology officials try to find Tom a suitable partner, but one that won’t pull him away from Scientology. Obviously Nicole Kidman did not fit that criteria, which is why they ended up divorcing, and of course, we all know the ninja moves that Katie Holmes pulled to cut him out of her life.

Anyway, do you guys think there’s any truth to this story? Forget the whole Scientology aspect, I highly doubt Tom would want to date someone that much taller than him. He’ll have to wear lifts 24/7 as opposed to just at movie premieres.