Tom Cruise Desperate to Hook Up with Katie Holmes Again: Does he Regret the Divorce? 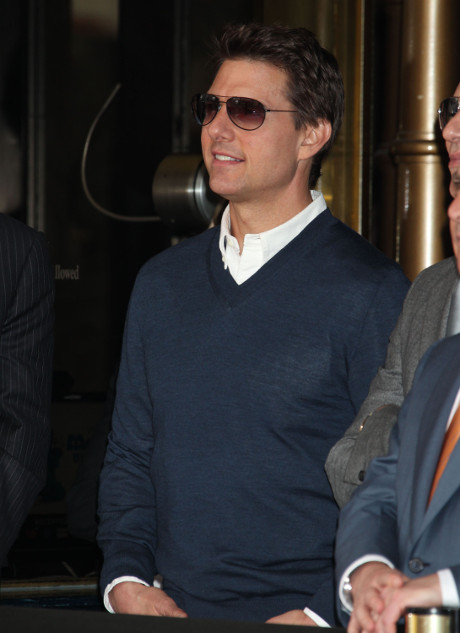 Is Tom Cruise trying to win back Katie Holmes‘ heart? According to a recent report, he might be trying to do just that! The National Enquirer is reporting that Tom Cruise “desperately wants to reunite” and that he wants their old life to come back together. He’d like the Tom and Katie power relationship, which is now in these itsy-bitsy, extremely broken and divorced pieces,  to be repaired somehow. But, and I’m not the first to say this, he’s going to have to work a lot harder if he thinks he’s ever going to get back with our Holmes girl.

The source adds, “There’s no other woman in his life, and he wants the three of them to be a family again.” The source continues, “When they got together last year, one thing led to another, and that led to something that a lot of ex-spouses do when they’re alone together.”

Oh, snap! What exactly is this “insider” insinuating? He or she seems to be suggesting that Tom and Katie hooked up last year when they were alone. Perhaps Tom’s looking for that action again?

Tom Cruise has been catching a lot of negative media lately as a result of his tabloid lawsuit, wherein he’s been criticized for abandoning his daughter, Suri Cruise. If Katie believes anything the media has to say about Tom (if she’s even buying into it a little bit), there’s no way Katie’s going to welcome the Tom Cat back into her life — even for a night.