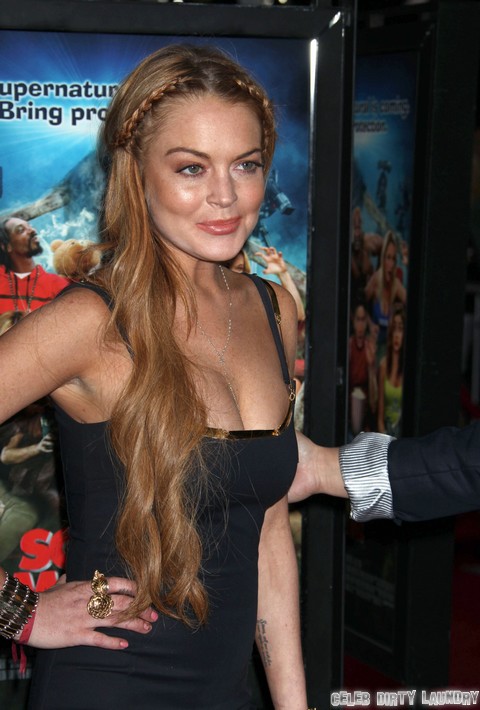 Tom Cruise is once again trying to get us to believe Scientology is the answer to all the ills of the world. Hollywood Hiccups is reporting Tom has reached out to Lindsay Lohan, and he wants her to join his cult.

Tom got in touch with Lindsay through his son, Connor Cruise. Connor exchanged numbers with LiLo while they were working in Brazil, and he passed it on to Tom. The Scientology Wizard has been the cult’s biggest and most famous cheerleader. I’m not sure if Tom is really interested in helping Lindsay. He may be using her as a pawn to spread more propaganda for the science fiction, alien based organization.

Tom and fellow Scientologist Kirstie Alley have both said the cult helped them overcome things that were detrimental to them living a full life. Tom used Scientology to overcome Dyslexia. Kirstie Alley was able to kick a drug habit through the organizations programs. However, I’m not sure Tom can help Lindsay. She is still in denial that she is in a lot of hot water and her behavior is unacceptable. Every chance Lindsay gets to redeem herself she blows. Lindsay’s last hope for showing her talent and proving she can be a real professional was appearing on her guardian angel Charlie Sheen’s show Anger Management. Lindsay discredited her critics the first day of shooting. But day two Lindsay was up to her old tricks.

On March 26th Lindsay posted on her Facebook page a picture of her dressing room door and wrote on her wall “Day 2, going great! Can’t wait for you to see this! #angermanagement ♥ “

I think Lindsay was excited to be on the show but her narcissism got in the way once again. If Lindsay isn’t ready or interested in getting help Tom will be wasting his time trying to help her. The only way LiLo will turn her life around is if everyone around her stops pitying her. She has had more than enough chances to prove her critics wrong. When Lindsay is alone and has only herself to depend on she will start to see she was wrong and will really want to get her life back on track.