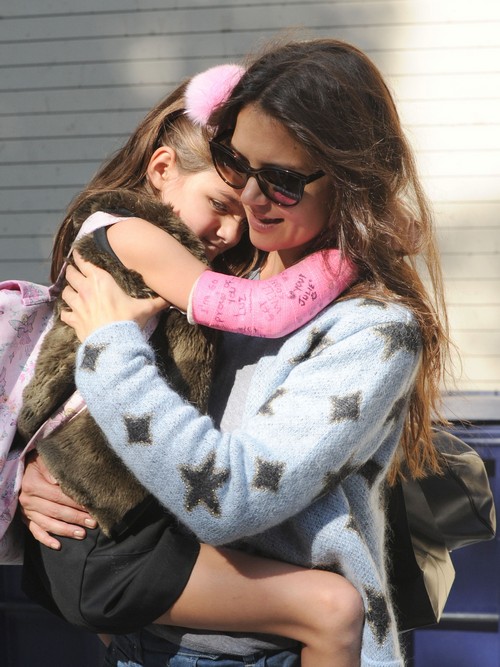 Despite his best efforts to convince us otherwise, Tom Cruise‘s relationship with Suri Cruise clearly hasn’t remained the same since Tom’s divorce to Katie Holmes. Katie does have custody of Suri, but you’d think that Tom would try his best to at least spend major holidays with Suri, right? Well, no.

According to the latest report from Radar Online, Tom won’t be spending Thanksgiving with Suri, marking yet another family holiday that he’s not spending with his daughter. According to the report, Suri is spending the holidays with Katie and Katie’s family in Toledo, Ohio. An eyewitness on the plane told Radar, “They were in first class and Suri was adorable and so-well behaved.”

See, this is especially interesting in the wake of Tom’s lawsuits against all those tabloids that alleged that he had ‘abandoned’ Suri. While I think abandoned might be a strong word, he was pretty much forced to admit that he didn’t see Suri for four months after the divorce. Yes, he’s a busy actor, but she’s his own daughter – isn’t it odd that he can go that long without feeling the need to see her, especially when he actually had time off and chose not to go visit her?

Sure, he then arranged several pap-friendly outings with Suri in Disneyland and other places, but when you look at the sheer amount of time Suri and Tom spend together, it’s really not a lot. Suri’s lucky that she has Katie as a parent, especially because Katie seems devoted to raising Suri and putting Suri above everything else. In contrast, Tom just doesn’t seem to have that same commitment, which is a pity.