Dana White Is Wrong UFC is Becoming Too Violent 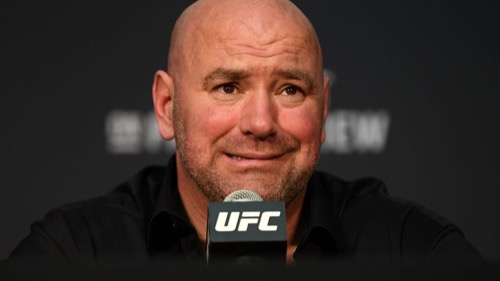 The first thing you notice is the blood. The world’s best fighters deliver blows, jabs, kicks, knees – they try to break each others’ bones and smash each other into unconsciousness. Holding out, trying to win, and determined to win. Many people could argue that the UFC is fostering a tolerance of violence outside the octagon as well as domestic abuse and those would have a good case and points to argue.

The UFC owner, creator, and boss is just as delusional and deplorable as his talent. Dana White, an American businessman now the President of the mixed martial arts organization the Ultimate Fighting Championship (UFC) has much to say about nothing. According to TMZ, White says he has hundreds of guys who fight under the UFC banner — and barely ANY of them have issues with violence after the bell rings.

What prompted UFC apologist Dana into rushing to attempt damage control was the story that broke of  UFC star Phil Davis’s violent of his baby mama, Vantris Patterson. This is one phone call that should have never have been made and a President who should have just kept his mouth closed. This sport breeds and encourages brutal violence and many of its stars have violent and criminal issues outside the octagon.

Should we mention UFC champion Tito Ortiz and his felony domestic violence arrest against Jenna Jameson?

Let’s not forget UFC’s Quinton “Rampage” Jackson’s video in which he assaults a woman in a parking garage with zip ties and chloroform. There was a lot of outcries, not only from women’s groups but from most people who don’t cultivate impotent hostility as a lifestyle.

Yet another UFC fighter Anthony Johnson faced misdemeanor charges for an alleged altercation with an ex-girlfriend and was charged with domestic violence, battery, death threats and destroying a phone to prevent the report of a crime.

OMG not again – another UFC one-time MMA commentator Frank Trigg was arrested on charges of battery domestic violence with strangulation. Trigg assaulted his wife in October of 2011.

By now we should not be surprised to hear about Octagon vixen Arianny Celeste 26-year-old whose real name is Arianny Lopez, was arrested on allegations of domestic violence, according to a published report.

White, get a clue – it’s not just your fighters with issues of violence after the bell ring but your entire organization. All arrests had to do with violence and despite everyone denying the allegations there is/was a problem.

SHOCKING how all incidents happened OUTSIDE the octagon!!!!!  This is just a SMALL sample of the violence and crime perpetrated by UFC fighters OUTSIDE of the octagon.

Facts and data do not lie and the UFC has issues with violence within their organization and everyone knows it. Jackson claimed the video was meant to get him booted from the UFC but I vote they all get booted. White, I ask if barely any issues happen after the bell ring than why did the UFC would announce a code of conduct policy to address fighter behavior outside the Octagon. It would appear UFC recognizes a problem but is only on a publicity blitz to distort the facts and take away the attention from the UFC’s violent history. In light of the recent story surrounding Phil Davis sometimes the best advice is just to SHUT UP. It has been stated that White supports his staff 100% but support and stupidity can be a fine line