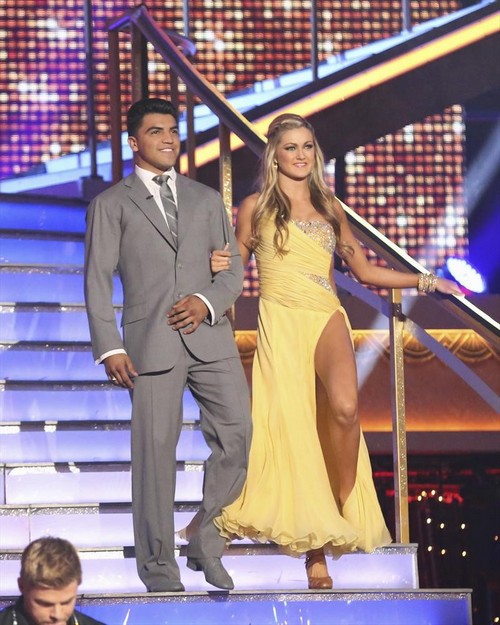 Victor Ortiz danced a Jive, on the second episode of Dancing with the Stars: 2013 performance show tonight.  The competition heats up tonight on Dancing with the Stars this week when the first couple faces elimination.  On this week’s show the couples will be fighting for their survival and performing a Jive, Quickstep or Jazz routine. If you missed the show, we recapped tonight’s show for you and if you want to see how all the couples did go HERE!

Judges’ Comments: Len: “It had energy and it had fun.  You did not knock my socks off.  Speed came in and style went out!”  Bruno: ” You went for it like a runaway train.  But, because of it all the stylist points went out the window.”  Carrie Ann: “I gotta tell you sometimes I like to give bonus points because people are having a good time and then I looked at your feet and I cannot.  You have great charisma.”

Watch the video below and let us know what you think? Do you Victor did enough to avoid elimination this week? Sound out in the comments below!