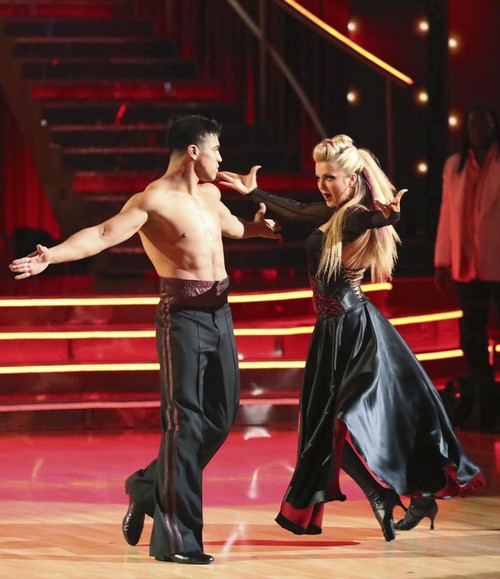 VICTOR ORTIZdanced a VIENNESE WALTZ on the fifth episode of Dancing with the Stars: 2013 performance show tonight.  The remaining couples hit the dance floor and face an exciting new challenge.  In another first for “Dancing with the Stars,” a new twist called “Len’s Side By Side Challenge” tasks each couple to perform a portion of their individual dance alongside a pro dance couple. If you missed the show, we recapped tonight’s show for you and if you want to see how all the couples did go HERE!

Judges comments:  Carrie Ann: “Victor I would say that was a victory.  That was really nice, you challenged your motions well.  You nailed the grace of the dance.”  Len:  “There was no intent to lift so I won’t deduct.  Listen this is better than last week and that is the way to go.  Well Done!”  Bruno: “You are back in the game.  You did what you were suppose to be doing.  You only lost it for a couple of seconds.  Well done!”