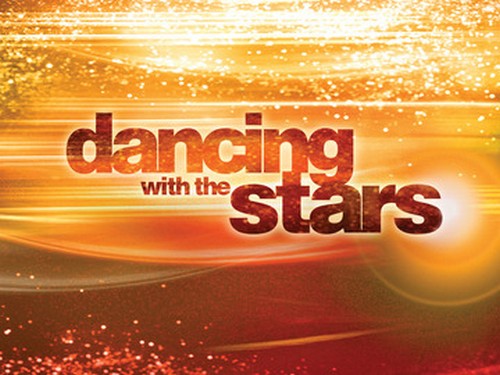 DANCING WITH THE STARS is back tonight with the fifth episode of the 16 season and tonight the competitors will have to step up to a new challenge thrown down by head judge Len Goodman called, “Len’s Side By Side Challenge.”   Did you see last week’s The Best Year Of Their Life”  themed performance show? We did and we recapped it for you HERE!

On last week’s the competition continued as the 10 remaining celebrities celebrated “The Best Year of Their Life” through dance. Each couple had to dance to a song of the celebrities’ choosing that represented a memorable time or experience in their life. In addition, each celebrity was challenged to perform a brief solo during their performance.  On the result show the celebrity we lost last week was Lisa Vanderpump.

On this week’s show the nine remaining couples hit the dance floor and face an exciting new challenge. In another first for “Dancing with the Stars,” a new twist called “Len’s Side By Side Challenge” tasks each couple to perform a portion of their individual dance alongside a pro dance couple. The pro couples will include returning favorites Maksim Chmerkovskiy, Anna Trebunskaya, Tristan MacManus, Tony Dovolani, Gleb Savchenko and Chelsie Hightower.

Tomorrow, Tuesday, one couple will be eliminated on “Dancing with the Stars the Results Show.”  The show will feature music by multi-Platinum-selling artist Selena Gomez who will perform her new single, “Come & Get It,” and Country Rock group The Band Perry will perform their hit No. 1 song, “Better Dig Two.”

Tonight’s episode is going to have all the usual glitz and glam in the ballroom, which you won’t want to miss. So be sure to tune in for our live coverage of ABC’s Dancing With The Stars Season 16 episode 4 Performance Show – tonight at 8PM EST! While you wait for our recap, hit the comments and let us know how excited you are about the new season and who you are rooting for?

Judges comments: Len: “I thought you kept up with the energy and stamina all the way.  You have to get a bit more care, you got the flair, you have to get the care.”  Bruno: “Lady Marmalade got you in a bit of jam.  By sheer strength and willpower it got you out there.  You disguise a bit of technical problems.  The timing has to be better, otherwise good.”  Carrie Ann:  ‘The pelvic thrusts were a hit, it is not easy to get out there to dance with the pros.  You have to work with below the belt.”

Judges comments: Bruno: “Jacoby and Max it was like watching two stallions at the peak of their power fighting for their power.  Masculinity, great timing, very sharp.  Just one think point your feet on the kicks.”  Carrie Ann:  “I love me some Jacoby,  you hammered that jive.  That was amazing.”  Len: “Your personality lights up the place.  I will tell you one thing you will not get a 9 with those feet.”

Judges comments:  Carrie Ann: “Victor I would say that was a victory.  That was really nice, you challenged your motions well.  You nailed the grace of the dance.”  Len:  “There was no intent to lift so I won’t deduct.  Listen this is better than last week and that is the way to go.  Well Done!”  Bruno: “You are back in the game.  You did what you were suppose to be doing.  You only lost it for a couple of seconds.  Well done!”

Judges comments: Len: “Allie your bottom is the tops, you were right in sync.  Sometimes your legs are flimsy.  Overall you knocked it out.”  Bruno: “Oh missy, missy I had no idea you could be so sassy.  You have a carefree attitude.”  Carrie Ann: “I like seeing you bring into your sex kitten.  I think you started out confidently, and then you came down a notch.”

Judges comments: Bruno: “Sean what is going on, you have been fun to watch but clumping around and tonight you became a swan.”  Carrie Ann: “You are back, you are bold and beautiful.  It is like a big animated Sean and Pita.”  Len: “Last week a statue but this week a pigeon.  He is more like a pigeon than a swan.  That is your best dance so far.”

Judges comments:  Carrie Ann: “I love the side by side challenge.  What I have learned you have all blossomed by working with pros.  Tht was fabulous, that was a million dollar dazzler.”  Len: “That was not a foxtrot, that was a hot trot.  You put the oo in ooze.  You dance like that you are in the finals.”  Bruno:  “You had the sophisticated elegance of great Gatsby.  Fantastic!”

Judges comments: Len: “Well it was like a decaf coffee, it looked alright, but it lacked snap.  A couple of plunders lacked attack.”  Bruno: “I think you went for aggression.  But instead of a panther you were a stomper.  It was a brave attempt.”  Carrie Ann: “I loved your focus and loved your intensity.  It was very evident your lack of technique.  But I love how you commit.”

Judges comments: Bruno: “A tale of entrapment, deceit and desire.  The ultimate femme fatale.  You were as good as the professional, you are up there with the best we have ever had.”  Carrie Ann:  “You are so tall, that had to kill your thighs.  Every move you had is a story, I loved it.”  Len:  “It was like a lemon tart.  Well done, a gem of a dance, well done!”

Judges comments: Carrie Ann: “This week I am crying for a different reason.  That entrance that was the best one I have ever seen.  The cape work was good,  the intensity was there but something was off.”  Len:  “It was like a couple of Hollywood Blockbusters.  It was more Pasadena than paso doble.  It was great fun and I enjoyed it.”  Bruno: “It was indescribable to be honest, it was the attack of the killer cape.  The only thing missing was Cloris Leachman.”

Don’t forget to come back tomorrow night for our recap of the live results show at 9PM EST!