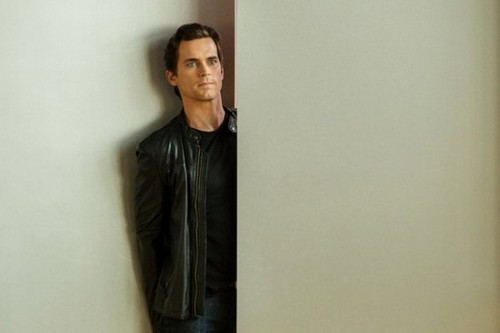 White Collar continues tonight with an all new, exciting episode called “Digging Deeper.”  On tonight’s episode, it is all about a stolen Tyrannosaurus Rex skeleton and its egg.  This sounds like it’ll be a fun episode, so you won’t want to miss it.  If you missed the previous episode and need to get caught up before tonight’s epic show, then be sure to check out our full recap RIGHT HERE.

On last week’s episode Neal will delve further into the mysteries of the Codex, all while Peter embarked on a top secret, classified mission with an FBI agent he’s a bit too familiar with — his ex girlfriend!

On tonight’s show Neal and Peter take on an unprecedented asset recovery case for the Museum of Natural History: a stolen Tyrannosaurus Rex skeleton and its egg.  This sounds like it’ll be a fun episode, so you won’t want to miss it.

Be sure to stop by here later tonight at 9 PM EST for the live recap of White Collar season 5 episode 8 “Digging Deeper.” It’s sure to be a great one, and we’d love to hear your thoughts throughout the show. In the meantime, hit up the comments below to chat about all the things you’re loving about this season. Where do you hope the characters will end up by season’s end?

Tonight’s episode of White Collar starts out with Peter and Jones trying to figure out what Neal is up to. Peter wants Jones to see if there were any cameras near the chiropractic office. Jones is concerned that Neal knows about Segal’s murder and isn’t telling them.

Peter and Neal are headed to s hipping crate that was picked up at Canadian customs. It is a fossilized dinosaur egg. They bring in a Doctor from the Natural History Museum. The scientist is happy to have her egg back, but there is a slight problem. There was a second crate with the egg’s fossilized mother, a T-Rex, and it is missing.

Mozzie, Neal, and Rebecca investigating the stained glass window that the Codex lead them to. Rebecca has discovered that the Codex is related to the Masons. She thinks Moscone may have been murdered because of his connection to Masonry. Neal rushes her out of his apartment because Mozzie is not pleased with him pursuing a relationship with Rebecca.

Jason, Peter, and Neal are looking in to potential buyers that may be purchasing the stolen dinosaur fossil. They track down a lead, a rich man named Forsythe, and Peter pays him a visit. Forsythe has displays of dinosaur fossils at his office, rare and expensive ones. Forsythe denies that he stole the T-Rex fossil though.

Peter heads back to the office and discusses the fossil with Neal. Neal thinks that they should stake out Forsythe’s office, he heads undercover as a maintenance man. Peter doesn’t have enough evidence to get a warrant, but thankfully Neal doesn’t work for the FBI, he’s not breaking any rules. He takes photos a rare looking club in a display case, and then he finds a secret room with a briefcase full of cash. Forsythe heads back into his office while Neal is snooping around. He manages to hide, and is undetected.

Peter and Neal head back to the office, Jones investigates the photos that Neal took and realizes that the club was stolen 8 years ago form a museum. The statute of limitations is up, they can’t press charges. Jones has other news too, he has found photos of Neal with Rebecca. Peter recognizes her from a previous investigation.

Peter is looking for a man named Michael Holtz, they think he helped Forsythe steal the T-Rex fossil. He bought a plane ticket and pretended to leave the country, but he is currently snooping around the museum looking for the egg that the FBI has.

Neal is on a date with Rebecca. Peter convinces his wife Elizabeth to go on a “double date” with them. Neal has no idea Peter is on his way to crash their date. Rebecca thinks he is an FBI agent, and has no idea he is a white collar thief, and just an FBI informant. Neal is less than thrilled to see Peter and Elizabeth. Peter is not happy that Neal is impersonating a federal officer. He realizes that Neal actually likes her, Neal reveals that Rebecca looks at him like a person, and not a criminal, and he doesn’t want to change it.

The Dr. from the Natural History Museum calls Peter. She is trapped in her lab, hiding from an intruder. Peter grabs Neal and they head to the lab. When they arrive at the lab, they find the Dr. held hostage by gun point. Neal and Peter are able to take the gunman into custody. He confirmed that Forsythe sent him after the fossil, but he has no idea where the T-Rex is.

Neal and Mozzie are going to forge a fake dinosaur egg and use it as bait. They are going to sell it to Forsythe and put a tracker on it. They are hoping that he will place the egg with the T-Rex fossil and they will be able to track its location. Neal is going undercover to deliver the fake egg to Forsythe. Forsythe is two steps ahead of Neal though, he is doing a cat-scan of the fake fossil. He is going to realize that the egg is not the real deal. Peter goes in to stall Forsythe, and he sneaks a photo of the real egg to Neal. Neal is able to slip the image into the computer so that the cat-scan makes the fake egg look genuine. The FBI tracks Forsythe and his egg to a storage unit. They catch him red-handed with the T-Rex fossil.

Peter and Neal head to the museum to check on the Doctor, she is excited to show them the fossil and the egg on exhibit. Peter invites Neal to dinner at his house with Elizabeth. They give him the third degree about Rebecca, they are excited he has found someone, but they want to convince him to tell her the truth about who he is.

Rebecca pays Neal a visit later at his house. He shows her his ankle bracelet and reveals that he isn’t an FBI agent, he is a criminal informant. He confesses that Mozzie is not his boss, and that the office is fake. Rebecca doesn’t care, she turns to the door and locks it, and the pair head to the bedroom together.

The next day Neal runs into June in front of his house. Hagen is talking to her. After she leaves Hagen tells Neal he wants the Codex, he was supposed to steal it for him. Neal is in trouble.