BY Annemarie LeBlanc on March 26, 2013 | Comments: one comment
Related : Dancing With the stars, Dancing With The Stars Season 16, Reality TV, Recap, Television 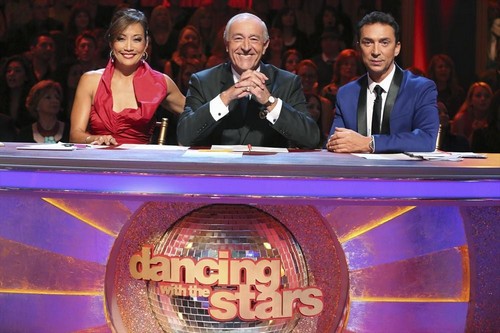 Tonight on ABC it’s the Dancing With The Stars 2013 first Result Show of Season 16 and we will say goodbye to one contestant tonight.   On last week’s show the 12 contestants performed a Jive, Quickstep or Jazz routine.  Did you watch the show?  We did and we recapped it here for you.  Did you miss any of the performances?  We have all the videos here for your enjoyment.

After last night’s performance at the top of the leaderboard are Kellie Pickler and Zendaya and at the bottom of the leaderboard is Dorothy Hamill followed closely by D.L. Hughley.  We conducted a poll today and 64.27% of viewers predict that D.L. Hughley will be the first celeb sent home tonight.  Unfortunately the cookie doesn’t necessarily crumble that way and we’ve seen high scoring couples take the fall alongside low scoring couples.  There is still time to vote in our poll, go HERE!

On tonight’s show one couple will face the first nail biting elimination on the season premiere of “Dancing with the Stars the Results Show” (9:00-10:01 p.m., ET). The show will feature a musical performance by signer Josh Groban, who is set to perform his current single, “Brave,” with an 18-piece band accompanied by “Dancing with the Stars” alumni Chelsie Hightower and Dmitry Chaplin. Adding to the excitement, acclaimed Swedish duo Icona Pop will perform their hit song, “I Love It.” The results show will feature a spectacular opening performance by this season’s pros and Troupe dancers.

Who do you think will be going home tonight?  We are predicting D.L. Hughley, but you never know!  Sound out in the comments below and let us know your thoughts!

Big news tonight Dorothy Hamill is withdrawing from the competition

NO ONE IS ELIMINATED TONIGHT!