Who Got Voted Off Dancing With The Stars Tonight 11/4/13? 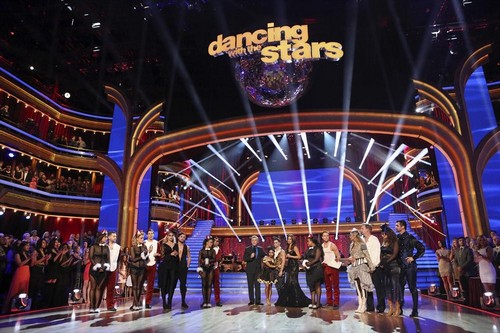 Tonight on ABC it’s the Dancing With The Stars 8th elimination of Season 17 and we will say goodbye to one contestant tonight.  The seven remaining couples will compete in two rounds of dance. In the first round, each couple will take on a dance style they have not previously performed including the Tango, Argentine Tango, Contemporary, Viennese Waltz, Jazz, Disco, and Foxtrot. The couple to receive the highest total score from the judges in this round will receive immunity and not be subject to elimination. In the second round, the six remaining couples will compete in a thrilling head-to-head “dance off” competition.  Did you watch tonight’s show?   We did and we recapped it here for you. Did you miss any of the performances? We have all the videos here for your enjoyment, right here.

We conducted a poll today and 38.71% of viewers feel that Bill Engvall will be sent home.  She is followed a far second by Leah Remini with 29.02% of the votes.  If you have not voted in our poll yet, there is still time.  [CLICK HERE]