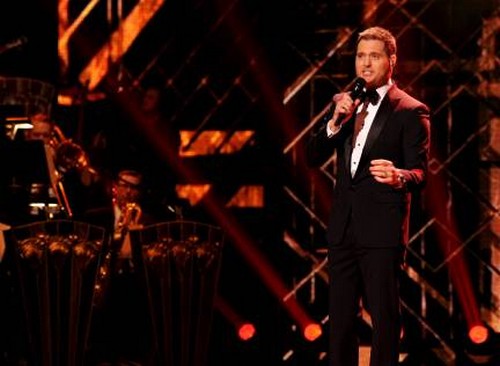 Tonight on FOX is an all new episode of THE X FACTOR. On tonight’s show another two acts will be eliminated from the competition and we will be down to the TOP 6.  Did you watch last night’s show where the top 8 finalists performed live for America’s votes on Big Band themed night?  If you missed it, we have a full and detailed recap, right here for you.

On last night’s episode some of the performances were awesome and some were not so awesome.  The top 8 remaining contestants took to the stage to perform songs from the Big Band era in front of judges Simon Cowell, Kelly Rowland, Demi Lovato and Paulina Rubio for America’s vote and to make it to the coveted “Top 6.”  If you missed any on last night’s videos you can see them all here.

My favorite artist from last night’s performances was Jeff Gutt, he performed “Feeling Good”  by Nina Simone and he was awesome.  If you missed his performance you can see the video right here.

On tonight’s show two of the Top 8 will be eliminated. It’s another double elimination, which will leave us with our X Factor Season Three Top 6.  Canadian vocalist Michael Bublé is scheduled to be a guest performer on tonight’s show.  The X Factors very own Demi Lovato will also perform live on Thursday.

Who do you think will be the sent home tonight?  Who are your rooting for? Don’t forget to come back to this spot at 8AM to find out which artist was sent home and watch Michael Bublé and Demi Lovato perform.

RECAP: We see how the contestants got a special meeting with their family for Thanksgiving; they thought they were going to wardrobe but Honda not only brought their families over but they also made them a huge Thanksgiving dinner. Jeff was a little upset his son wasn’t able to make it but at the last minute his son is brought into the room; he was so shocked and happy to see his son.

We kick off the show with our final 8 performing together on stage.

We now get a recap of the performances last night.

The first act being eliminated from the competition tonight is Lillie McCloud; Kelly loses another member from her team.

Kelly says Lillie was an amazing person to work with and learned so much from her as well; she will miss her working with her.

Next is Michael Buble performing on stage; he was also helping the contestants last night with their performances.

First up is Rion Page performing for her survival.

Next up is Josh Levi singing for his life on stage; though Paulina says Carlito instead so she’s obviously not paying attention.

Rion says that this is who she is and trying to show how great she is; she wants to shine her light on all. Josh says that he gives everything when he performs on stage and that he works so hard; he believes that he really has done his best coming back on the show.

Demi says that it’s not okay to be doing this on Thanksgiving and then says that she is sending home Josh Levi, Paulina says that it’s not cool and apologizes because it’s not right on Thanksgiving she decides that she is keeping Josh Levi. Kelly says that first of all is that it’s such an honor to see young artists who know what kind they want to be and admires them; she feels they both have grown so much and then says she is sending Rion home. Simon says that even though they are in the bottom two they don’t deserve it; but they have proven that they each have a career in the music business without a doubt. Simon decides that the act he is sending home Josh Levi and lets the public decide who is staying in the competition. The artist going home is Josh Levi; Rion Page is going through to next week.