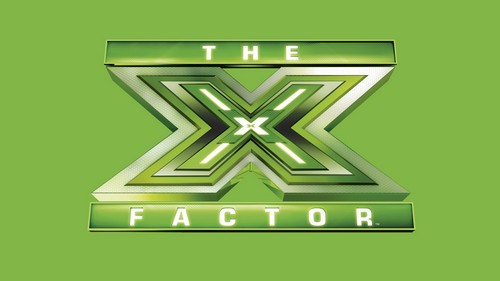 Tonight on FOX is an all new episode of THE X FACTOR. On tonight’s show another act will be eliminated from the competition and we will be down to the TOP 5.  Did you watch last night’s show where the top 6 finalists performed live for America’s votes on a Diva  themed night?  If you missed it, we have a full and detailed recap, right here for you.

On last night’s episode, some of the performances were awesome and some were not so awesome.  The top 6 remaining contestants took to the stage to perform songs for a Diva themed night.  The Top 6 Finalists sing two songs for America’s votes – one from their favorite diva artist, and the other, a stripped-down version of a song of their choice in front of judges Simon Cowell, Kelly Rowland, Demi Lovato and Paulina Rubio for America’s vote and to make it to the coveted “Top 5.”  If you missed any on last night’s videos you can see them all here.

It’s another elimination, which will leave us with our X Factor Season Three Top 5.  Also on tonight’s show two of The X Factor’s most successful graduates are slated to perform live.   The X FACTOR USA will be hosting Little Mix, the winners of X Factor UK’s 2011 season, and last year’s breakout boy band, Emblem3.

Who do you think will be the sent home tonight?  Who are your rooting for? Don’t forget to come back to this spot at 8PM to find out which artist was sent home and watch the performances.

Hitting off the show is Simon Cowell giving his best wishes to Nelson Mandela and his family for his passing today; we then see a recap of all the performances of each contestant last night and how badly each of them want to win the whole competition. We find out that Jeff Gutt has his single at number 5 on the rock iTunes charts and Reckless Road is number 2 on the country iTunes charts; also Alex & Sierra are number one on the iTunes chart.

We now see the contestants mention how it’s so intense to be on the X Factor; its nonstop working from when they wake up and want to make America proud with their performances. They practise so hard; some of them can’t even sleep the night before a live performance every week.

The first act being kicked off of the show and not making it to the top 4 is Ellona Santiago; Ellona said there is a lot going through her mind and guesses she didn’t give the stronger performance last night but hopes for a second chance. Demi is completely speechless and disappointed; she doesn’t believe she deserves to go home yet and believed she could have won the whole competition.

Now it’s Lil Mix performing on stage who were contestants on the British version of the X Factor.

First up singing for her life is Rion Page singing “The House That Built Me” by Miranda Lambert.

Rion says that this week she felt like it was hard after having been in the bottom two last week; she loves music and wants to share her story. Carlito says that he has been the underdog the whole time and has shown the most growth; he fights every week no matter what happens.

Demi says that it’s hard because she loves Rion so much because she is so talented; but she also wants to see Carlito in the finals. Demi decides to let Carlito go home.
Paulina says that Rion is amazing and her voice has shown how inspiring her life and music is; but she has been inspired from Carlito and decides to let Rion go home.

Kelly says it’s amazing how young Rion is and admires how much she delivers every week; but she gives hell to Carlito every week and he always works harder to get better the next week. Kelly says it was neither of their best performances tonight but decides to let Rion go home.

Simon says he loves both of them and agrees it wasn’t their best performances; he believes Rion is an inspiration and that Carlito has really been clear with his life story and his hard up bringing. Simon decides to let Rion go home; Carlito Olivero is in the semi-finals.