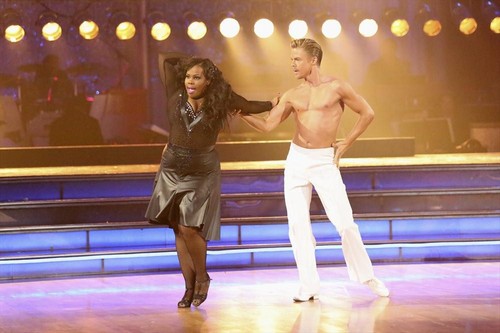 Dancing with the Stars season 17 is about to come to an end, and you know what that means . . . . It’s almost time for the winner to be crowned! The season 17 finale will be split into two parts. The first episode will air during the show’s usual Monday night time frame and then it’ll come back for a second round on Tuesday night (9-11 pm).

We’re sad this season’s coming to an end, but we’re so excited to see which one of these deserving couples takes home the trophy. If we had to bet on it, we’d give our vote to Corbin and Karina (we chose them as the winners when the season first began), but it’s pretty much anyone’s game. Many of the contestants this year were so talented!

Only one team will be crowned DWTS champion and walk away with that coveted mirrorball trophy. But who on earth will it be? Will it be Corbin Bleu & Karina Smirnoff, Jack Osbourne & Cheryl Burke, Bill Engvall & Emma Slater, or Amber Riley & Derek Hough? Click on their names to check out one of their performance vids from last week and then come back here to cast your vote in the poll below!