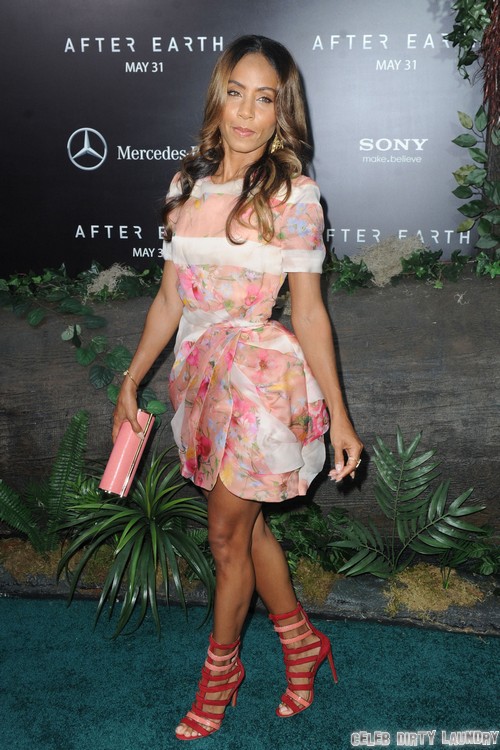 Jada Pinkett Smith is one of those Hollywood chicks I can never quite get my head around. I’m never sure if she spews some serious nonsense here and there because she believes it or if it’s a way to justify and explain the crap in her own marriage. According to the July 15th print edition of GLOBE, Will Smith’s wifey now considers infidelity an invaluable tool.

Jada has also said that in her marriage to Will, she lets him do whatever he wants to do because she doesn’t want to hold him back. When Jada took heat in the past for basically admitting that she has an open marriage she quickly backpedaled and said that she trusts Will completely. It sounds to me like Jada tries to play all sides at one. Cheating is painful but healing is good. Will has a hall pass yet she trusts him completely.

Any way I look at it I see a woman trying to save face by justifying her husbands bad actions. Infidelity is one of the biggest reasons for divorce. Jada may opt to live within the bounds of an open relationship but it doesn’t sound like she necessarily would have it that way by choice. Do you think that she just agrees to it in order to hang on to Will?  Spouting off about the pain of infidelity makes it pretty obvious that it’s familiar territory for the couple! Tell us your thoughts on their marriage in the comments below!