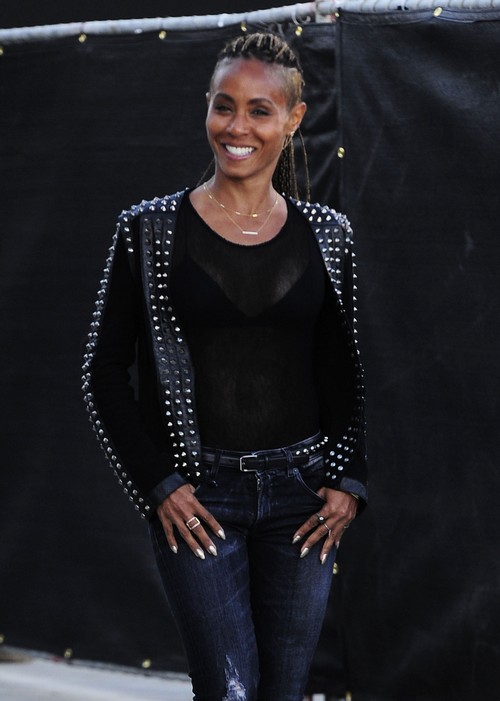 The National Enquirer remains convinced that Will Smith and Jada Pinkett Smith are getting a divorce, as evidenced by their latest issue. The magazine claims that Will and Jada are embroiled in a $215 million divorce, even though they wrote earlier in the month that they were battling a $300 million divorce. It’s always funny when tabloids play the numbers game, since they’re so often hilariously wrong. Regardless, are Will and Jada actually facing a permanent separation?

A source tells the Enquirer, “Will and Jada are trying to put on a good front in public, but behind the scenes they’re having major troubles. If this marriage last beyond the holidays, it will be a miracle.”

Apparently, Will is finding solace in his Focus co-star, Margot Robbie, and the source also adds, “Jada is telling friends she’s thinking of filing for divorce and having a Happy New Year — without Will!”

I’m going to sound like a broken record at this point, but Will and Jada are not getting a divorce. Now, I’m always under the mindset that there’s always smoke where there’s fire, but in this particular instance, I don’t think that’s going to be enough to drive Will and Jada apart. They’ve been together almost twenty years, you think they’re going to give up now? Especially when they have children and a business together? Both Will and Jada have a lot to lose, considering that a large part of their public image comes from their stable married life. Now, I’m talking about the general public’s impression, not the impression of those who read the tabloids. Besides, their marriage has always seemed like it’s been more of a business arrangement than anything else, and I don’t see that changing even if they are living separate private lives.