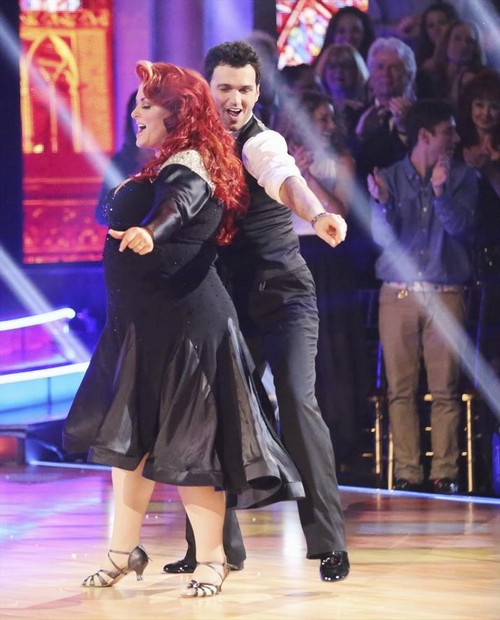 Wynonna Judd danced a Quickstep, on the second episode of Dancing with the Stars: 2013 performance show tonight.  The competition heats up tonight on Dancing with the Stars this week when the first couple faces elimination.  On this week’s show the couples will be fighting for their survival and performing a Jive, Quickstep or Jazz routine. If you missed the show, we recapped tonight’s show for you and if you want to see how all the couples did go HERE!

Judges’ Comments: Bruno: “It ended up in kind of a casual stroll.”  Carrie Ann: “Your frame is beautiful, I really like you!” Len: “The engine was running, but you never got out of first gear.”

Watch the video below and let us know what you think? Do you Wynonna did enough to avoid elimination this week? Sound out in the comments below!