Wynonna Judd Eliminated From Dancing With The Stars 2013 Season 16

BY Annemarie LeBlanc on April 2, 2013 | Comments: one comment
Related : Dancing With the stars, Dancing With The Stars Season 16, Eliminations, Reality TV, Wynonna Judd 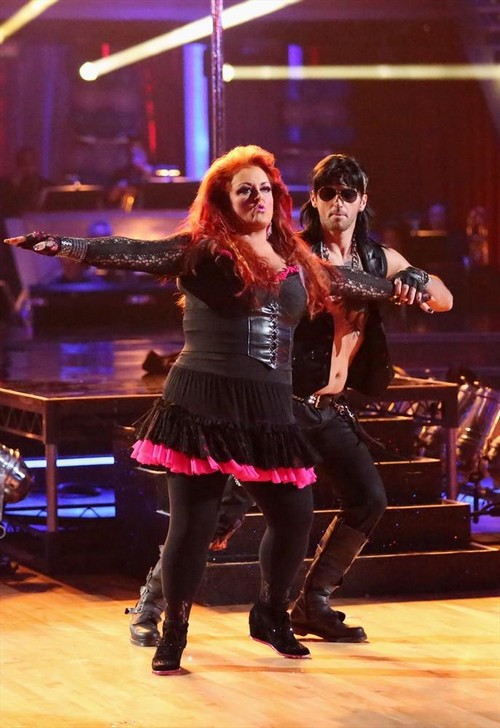 Tonight on DANCING WITH THE STARS Standup Comedian Wynonna Judd and his professional partner Tony Dovolani were the second contestants send home tonight on the second Result Show of the season.  Did you watch tonight’s episode?  We did and we recapped it here for you!

On the premiere episode Wynonna Judd danced a Cha Cha Cha.  The judges had this to say about her performance.  Len: “She showed personality and gave a very good performance.”  Bruno: “She can give it plenty and give it more.”  Carrie Ann: “She was workin’ it, but she could give it more.”  She scored a 18/30.

On last week’s episode Wynonna danced a Quickstep that was not too quick.  The judges had this to say about her performance.  Judges’ Comments: Bruno: “It ended up in kind of a casual stroll.”  Carrie Ann: “Your frame is beautiful, I really like you!” Len: “The engine was running, but you never got out of first gear.”

On last night’s episode Wynonna danced a Samba and it was not much better than the week before.  The judges had this to say about her performance.  Carrie Ann:  “You  know I love you, I ask for wild, we got wild outfits but the rest of the dance was like a whisper.  I did not see it go up a notch.”  Len: “You are like Mount Rushmore it goes up but you don’t get going.  I hate to be mean, but it did not go anywhere.”  Bruno: “Oh no Wynonna, I was expecting a wild child.  You have to ride the Samba, it was a bit sedated.”

Sound off your comments below and tells us what you think about Wynonna Judd’s DWTS experience.  Do you think you Wynonna. should have been sent home?  Check out the video of his performance last night below!